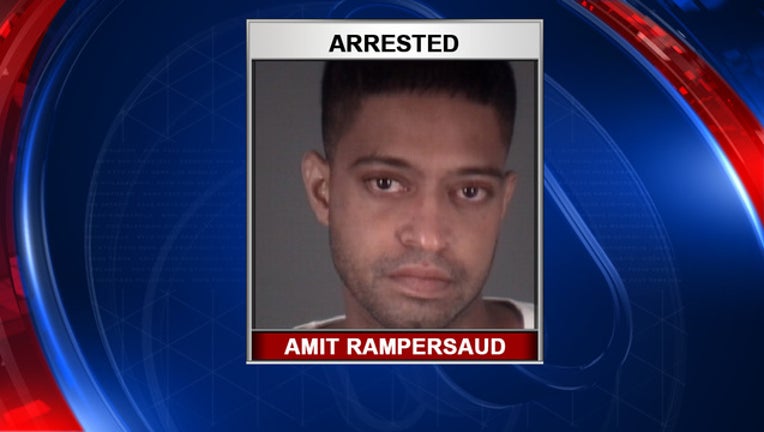 HOLIDAY, Fla. (FOX 13) - An Orange County man claimed to be an undercover officer and pulled a gun on a victim, deputies said, and it all happened in a bar.

Early Wednesday morning, the incident occurred at Scoreboard Sports Bar and Grill, located at 3513 Universal Plaza in Holiday. The victim said he was sitting at the bar when 31-year-old Amit Rampersaud “became aggressive towards him and pulled out a firearm and pointed it at him saying something about being ‘undercover’ and he was under arrest,” according to the criminal affidavit.

Pasco County deputies said the victim didn’t know who Rampersaud was, and didn’t know he pulled the gun on him. A witness inside the bar called 911.

Rampersaud said he was scared of the victim because the victim was saying “weird things,” and grabbed his gun from inside his car to arm himself, according to the affidavit. He denied saying he was undercover.

Deputies said they looked at surveillance video, which showed Rampersaud and the victim talking as they sat at the bar. Rampersaud is seen removing the gun from under his hoodie and pointed it at the victim.