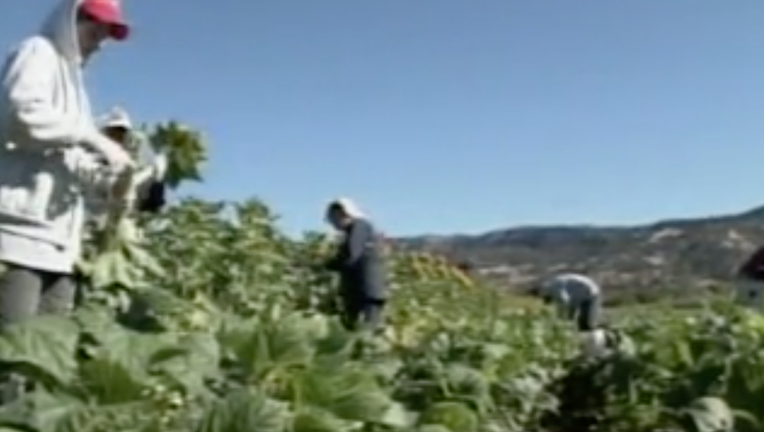 SACRAMENTO, Calif. - A conservative organization is asking the California Supreme Court to block the state’s first-in-the-nation plan to give money to immigrants living in the country illegally who are hurt by the coronavirus.

The Center for American Liberty argued on behalf of two long-shot Republican legislative candidates that the $75 million plan Gov. Gavin Newsom announced last week is barred by both state and federal law.

Newsom is offering $500 apiece to 150,000 unemployed adults who were left out of the stimulus package approved by Congress because of their immigration status. The money is to be distributed through nonprofit groups, to protect recipients from providing personal information that might cost them other benefits or increase their danger of being deported.

The legal challenge argues that the distribution plan is barred by the state Constitution’s prohibition on giving gifts to organizations outside of the state’s exclusive control.

The petition was filed Wednesday by attorney Harmeet Dhillon, a San Francisco attorney and Republican Party official who founded the nonprofit center last year with the goal of protecting civil liberties.

She said it is troubling that the money would be distributed by unnamed nonprofits that have no accountability to taxpayers.

The petition names the Democratic governor and the state’s finance director, Keely Bosler. Neither responded to requests for comment.

One of the two plaintiffs is Ricardo Benitez, a Republican running against Democratic Assemblywoman Luz Rivas of North Hollywood in the 39th Assembly District. They will face off in November, but she had about 78% of the votes in last month’s primary election.

Benitez was born in El Salvador and came to the United States illegally in 1975 as a minor, according to the lawsuit. He became a U.S. citizen in 1986.

The other is Jessica Martinez, a member of the Whittier City Council who is running for the 57th Assembly seat being vacated by Democrat Ian Calderon of Whittier. She was the lone Republican running against eight Democrats in the March primary, and was the top overall vote-getter with 29%.

However, she is expected to face an uphill battle in the fall election against Lisa Calderon, the incumbent’s stepmother, because Democrats have 48% of the district’s voters to Republicans’ 21%.

California legislators last month gave Newsom broad power to spend up to $1 billion on coronavirus precautions, before the lawmakers went on hiatus because of the pandemic. Legislators of both parties have since faulted his administration for not providing enough details on the spending.

“This is not a slush fund for the Governor to spend as he sees fit,” Dhillon said in a statement. “There is no accountability over the distribution of these funds to individuals legally not entitled to cash benefits.”

Newsom said last week that 10% of the state’s workforce are immigrants living in the country illegally who paid more than $2.5 billion in state and local taxes last year.

The center and Dhillon’s law firm previously sued over Newsom’s ban on in-person religious services for fear congregants could spread the coronavirus. A federal judge in Los Angeles on Wednesday rejected her request for a temporary restraining order sought by three Southern California churches, citing government officials’ extraordinary authority to act in an emergency.

Fighting for our Workers

List of 20 nonprofits that will be administering the grant money to undocumented immigrants can be found here.