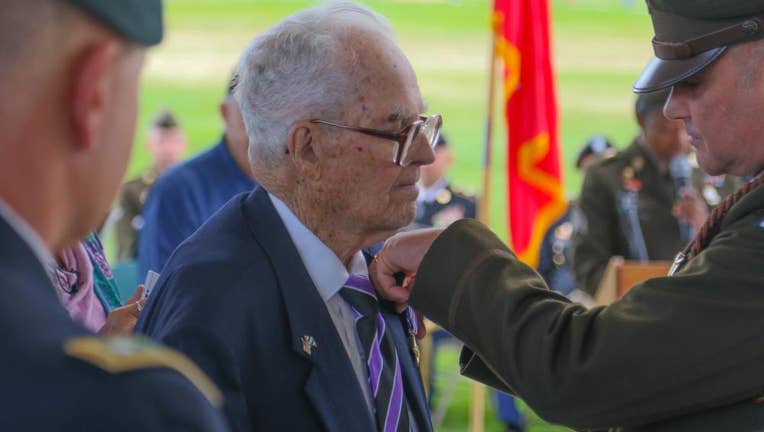 Harold Nelson, 107, of Denver was awarded the Silver Star in a ceremony at Fort Carson on Tuesday. Nelson received recognition for six death-defying amphibious landings during the war, FOX 31 Colorado reported.

Nelson started his tour in North Africa and ended it in the infamous bloody battles that rendered Anzio, Italy a living hell. Nelson and his unit saw more than 600 days of combat during the war in which he was shot three times narrowly escaping death.

Nelson had also earned two Purple Hearts for sustaining injuries during the war. He earned his Silver Star roughly 8 decades ago, but because a military records facility had burned in a fire in the '70s, he was unable to receive the recognition he deserved.

"His paperwork was lost in a fire. A big military records facility burned down in the ’70s and his records were destroyed," said Maj. Gen. Charles Costanza, commanding general of the 3rd Infantry Division.

But that didn't stop Nelson's daughter from fighting for her father's honor.

"I can’t tell you how many people we, my family, have contacted to try to get this, and personally we kind of gave up on it. Somehow this whole thing went through and we’re here today," Carolee Soden, Nelson’s daughter, told FOX 31.

More than 160 friends, family, Army soldiers, and colleagues were in attendance for the long-overdue award.

"I hope I deserve it. Took a long time to get it, but I finally did," Nelson said.