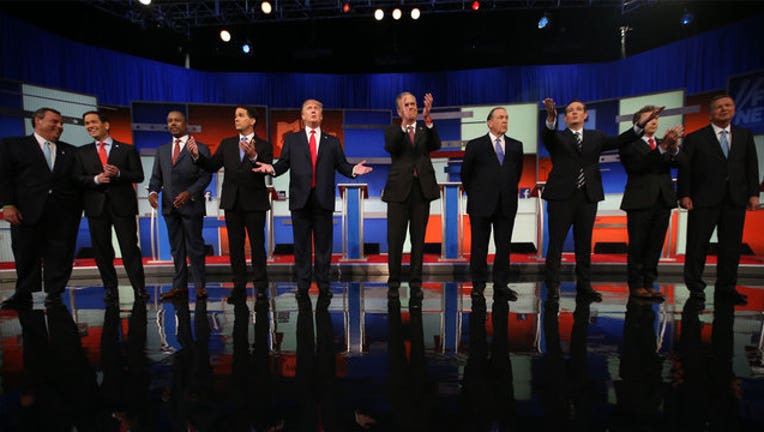 DENVER (AP) - Republicans in Colorado have decided to diminish the swing state's early role in their party's presidential nominating contest.

The state party's executive committee voted Friday to eliminate the presidential preference poll held during the party's March caucuses. That means there will be no official count of who won that contest.

The vote was unanimous and drew little attention until it was reported by The Denver Post on Tuesday.

Colorado's state GOP has long had a complex system for selected a presidential nominee. Thousands of local caucuses are held on the first Tuesday in March to select delegates to the state party convention in April, where a slate of delegates to the Republican National Convention is chosen.

The focus has usually been on the earlier caucuses, because the presidential preference poll indicated which candidate was favored by the greatest share of party activists. While non-binding, the vote put elected delegates to the state convention on record about which candidate they supported.

State GOP Chairman Steve House said the change was made in response to a new Republican National Committee rule that would have made the presidential preference poll binding.

The executive committee decided that would bring too much formality to the caucuses, which have drawn criticism in the past for being too easy for fringe candidates with small but motivated groups of supporters to overwhelm.

House acknowledged the party is essentially surrendering its early role in the presidential nominating contest. The hope, he said, is that Colorado could gain clout in the unlikely event that no candidate heads into the national convention with enough delegates in place to win the nomination.

In that case, Colorado's 34 delegates would be up for grabs.

"If you look back in the past, we haven't had a significant enough role," House said. "In this particular year, people are looking to (see) how can we be relevant if something unusual happens."

Dick Wadhams, a former Republican state chairman, said that if the GOP nominating contest drags on until April, there will be enormous pressure on delegates at the state party convention to commit to a candidate.

"If this is still in doubt by April, this is going to be a political war zone," Wadhams said. But he added, "It means, frankly, that if the nomination is settled in March, then Colorado's process will never get any attention."

Colorado is a frequent general-election swing state and is expected to be an intense focus of the presidential campaign after the primary season ends. Colorado Democrats have made no changes to their March 1 caucuses, which still include a presidential preference poll.