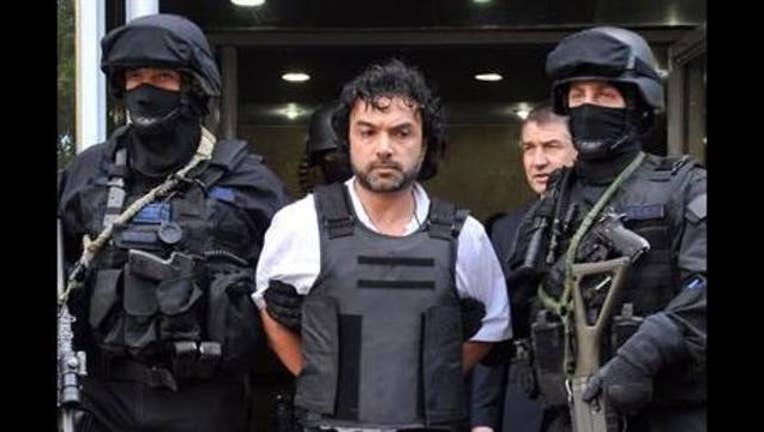 MIAMI (AP) - A convicted Colombian drug cartel leader who went undercover to inform on Mexican kingpin "El Chapo" and other major traffickers has been sentenced to 31 years in prison.

The Miami Herald reports that 48-year-old Henry De Jesus Lopez Londono, who was arrested in Argentina and extradited to Miami in 2016, was sentenced on Monday for drug trafficking conspiracy.

Officials say Lopez Londono was involved in the smuggling of some 60,000 kilograms of cocaine between 2007 and 2012.