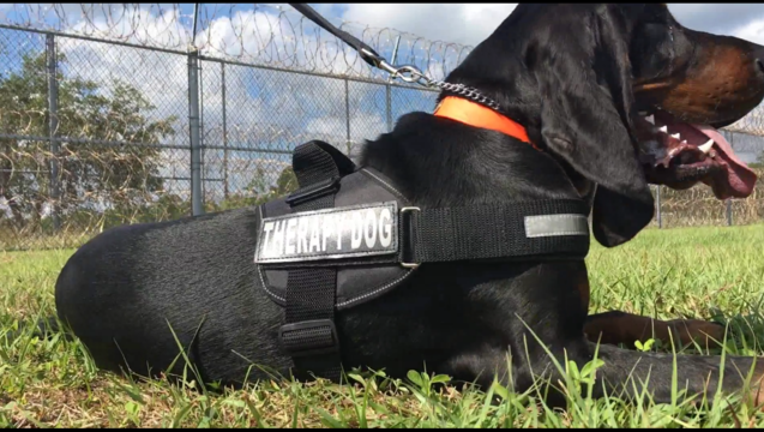 Cooper is a K9 for the Cocoa police department. He and his handler, Officer Chris Hattaway, are working with the Brevard County Sheriff's Office Paws and Stripes program to become part of a national registry for therapy dogs, Cocoa police said.

The therapy dogs are used to assist crime victims, especially children who have been victims of abuse.

""In an interview with a child, we will both go together," said Hattaway. "I have no part in it other than to be with Copper as he interacts with the child.

During the week long training the canine teams will learn specific obedience techniques, legal procedures and protocols for using therapy dogs and techniques for interviews and public interaction among other skills, Cocoa police said.