A Florida church said it has twice been the target of burglary in as many months. The pastor of the Providence Church in Ormond Beach said it appears that a woman and a teenager boy are involved in taking donations from a drop box in the church's parking lot.

The pastor of a church in Ormond Beach said surveillance video caught two people who broke into their mailbox recently and stole church donations and bills, the second time the church's mailbox has reportedly been damaged in weeks.

Surveillance video shows a maroon-colored van pull into Providence Church's parking lot and come to stop in front of the mailbox. Senior Pastor Tim Mann said the van was parked in front of the mailbox for 10-12 minutes and eventually two people – a woman and a child, he said – get out of the van. The woman managed to open the mailbox, takes what's inside, and then drives away.

Ormond Beach police confirmed it received a report about the damaged mailbox and stolen donations. 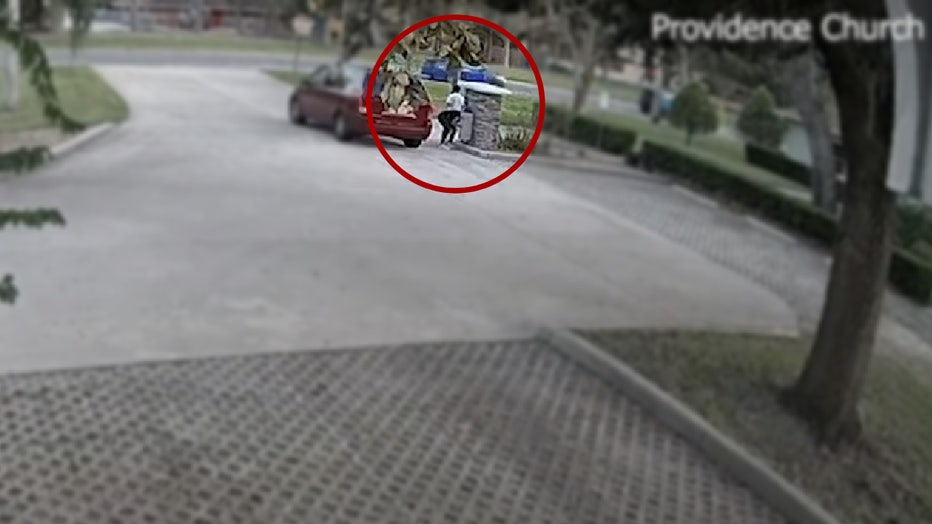 Pastor Mann said donations to the church were taken, along with bills He said it's the second time their mailbox has been damaged in weeks. The first time, which happened in September, their surveillance cameras malfunctions, but the second time, it was caught on camera.

"After that we put two ultra-strong security locks on the mailbox," he said.

Pastor Mann said he's reported the theft to the U.S. Postal Fraud Department and local police. He said he shared the video to hopefully identify the people in the video, and to also warn the community about the recent thefts.