The Jacksonville Fire Department says two children reported missing on Sunday have been found in a wooded area near their home and are safe.

JACKSONVILLE, Fla. - A Florida Amber Alert issued for two missing Jacksonville children has been canceled after the pair were found safe on Tuesday.

Five-year-old Bri'ya Williams and 6-year-old Braxton Williams were reported missing on Sunday.  They were found in a wooded area Tuesday afternoon.

Jacksonville Sheriff Mike Williams said the kids had made their way into a dilapidated pump house for shelter. Other than being dehydrated, Williams said the children were in good spirits and "asked for a cheese pizza," which was promptly delivered to them.

"We're incredibly grateful for the outcome we have today," Williams said in a press conference.

The children have been taken to an area hospital to be checked out, but Williams said they appeared to be in good health. 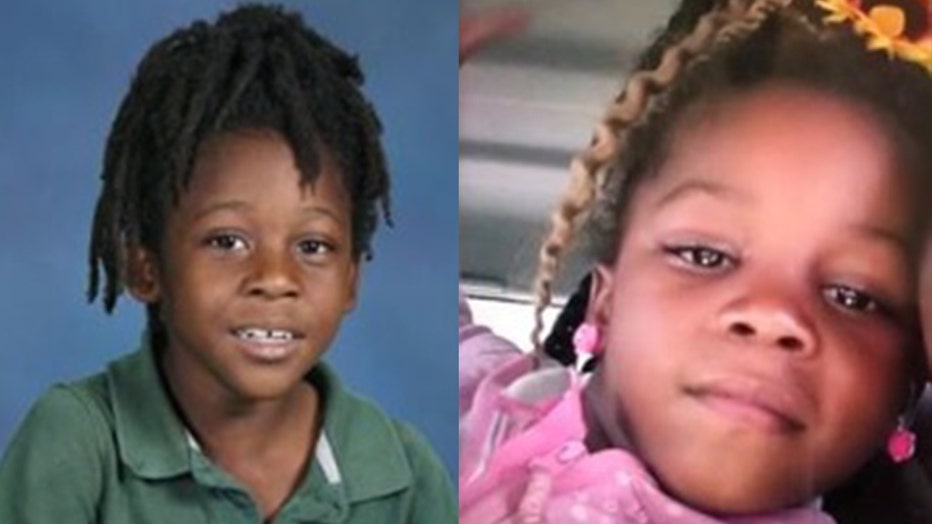 The children were last seen in the area of West Beaver Street in Jacksonville.

According to the Jacksonville Sheriff's Office, the two children were playing outside their home when they disappeared at around 11:30 a.m. on Sunday.  A family member called authorities.

"It's a Christmas miracle and it's a blessing," a sheriff's investigator said.