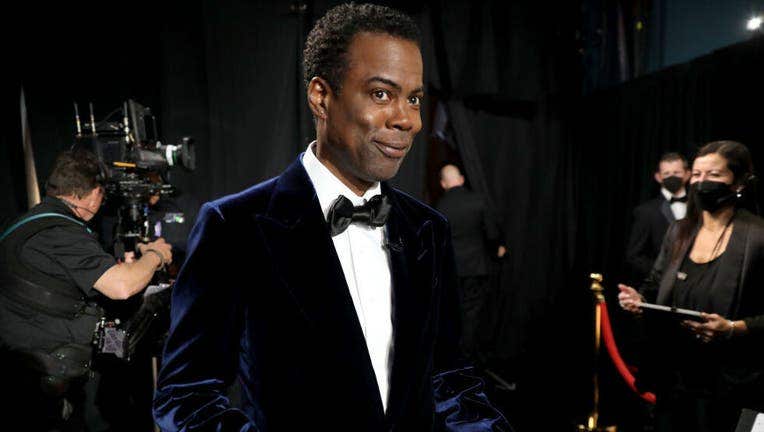 MARCH 27: In this handout photo provided by A.M.P.A.S., Chris Rock is seen backstage during the 94th Annual Academy Awards at Dolby Theatre on March 27, 2022 in Hollywood, California. (Photo by Al Seib /A.M.P.A.S. via Getty Images)

ORLANDO, Fla. - Comedian Chris Rock has added a second performance in Orlando on his comedy tour to meet rising demand.

Fans can now catch Rock's "Ego Death" tour on Thursday, July 28 at 8 p.m. at the Dr. Phillips Center for the Performing Arts in addition to his already scheduled July 27 show. Rock will also perform at the Seminole Hard Rock Casino Hollywood on April 14 and 15.

The comedian made headlines this week after famously getting smacked by Will Smith at the Oscars. The ‘King Richard' actor stormed the stage and slapped Rock in the face after making a jab at Smith’s wife, Jada Pinkett Smith over her shaved head.

Pinkett Smith, whose head is shaved, has spoken publicly about her alopecia diagnosis.

Rock reportedly refused to press charges. Smith has since apologized.

RELATED: Real or fake? Video has some debating if Will Smith's viral Chris Rock slap was staged

Since that viral moment, demand for tickets to Rock's comedy tour shows have reportedly skyrocketed. According to Ticket Club, tickets for his show at Boston’s Wilbur Theatre, which happened days after the Oscars incident, were being sold for a minimum of $441.

Tickets for Rock's second Orlando show go on sale Friday at 10 a.m. You can find them HERE.