Oscar watchers were shocked when Will Smith stepped on stage and slapped Chris Rock after a joke the comedian made about the actor's wife, Jada Pinkett Smith. The Los Angeles Police Department revealed that they asked Rock whether he wanted to file a police report requesting charges be pressed against the now Academy Award-winning actor over the incident.

LOS ANGELES - The Academy Awards audience was left in shock after Will Smith marched onto the Oscars stage on Sunday night and smacked Chris Rock over a joke about wife Jada Pinkett Smith’s appearance.

The exchange began when Rock took aim at Pinkett Smith’s shaved head, saying, "Jada, I love you. ‘G.I. Jane 2,’ can’t wait to see it, all right?" Rock’s reference was made from the 1997 film "G.I. Jane," starring Demi Moore, who shaved her head to portray a fictional Navy SEAL candidate.

Pinkett Smith revealed in 2018 that she was diagnosed with alopecia areata, a condition when the immune system attacks hair follicles and causes hair loss. She has often discussed the challenges of hair loss on Instagram and other social media platforms. 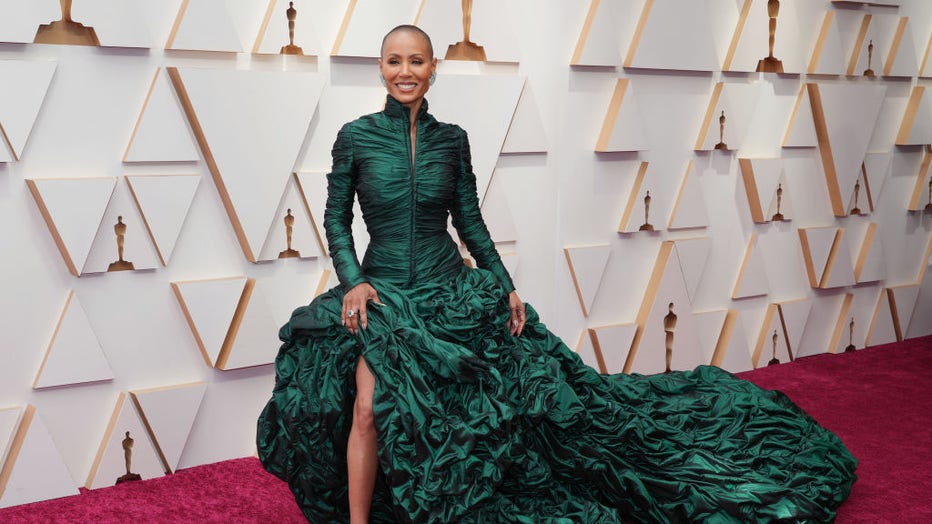 The joke did not sit well with Will Smith, who later returned to the Oscars stage to accept his first-ever Academy Award for his role as tennis dad character Richard Williams in "King Richard" and delivered a tearful apology to several people — excluding Rock.

What is alopecia areata?

Alopecia areata usually affects the head and face, in which hair typically falls out in small, round patches about the size of a quarter, according to the National Institute of Arthritis and Musculoskeletal and Skin Diseases (NIAMS), part of the National Institutes of Health. In some cases, hair loss can be more extensive.

Most people with the disease are healthy and have no other symptoms — and the course of the disease can vary from person to person, NIAMS says.

In July 2021, Pinkett Smith shared a photo of her shaved head on Instagram, writing: "Willow made me do it because it was time to let go BUT … my 50’s are bout to be Divinely lit with this shed."

She has since shared about the challenges of hair loss on social media, including one post in December in which she showed off new bare patches that she had recently noticed on her scalp.

"Now at this point, I can only laugh. Y'all know I've been struggling with alopecia," she said in a December 2021 post, adding in the caption: "Me and this alopecia are going to be friends… period!"

Some people who suffer from alopecia areata have bouts of hair loss throughout their lives, while others only have one episode, the NIAMS says. Recovery is unpredictable as well, with hair regrowing fully in some people but not in others.

There is currently no cure for alopecia areata, but there are treatments that help hair grow back more quickly, according to NIAMS.

"Researchers do not fully understand what causes the immune attack on hair follicles, but they believe that both genetic and environmental (non-genetic) factors play a role," the NIAMS says.

While anyone can get alopecia areata, some have a greater risk of developing it — including those with a close blood relative with the disease, as well as those who have asthma, hay fever, atopic dermatitis, thyroid disease, vitiligo, or Down syndrome

The American Academy of Dermatology Association notes on its website how a few cancer patients who received a drug called nivolumab to treat lung cancer and melanoma have also developed alopecia areata, but the link still remains unclear.

"The drug is used to treat lung cancer and melanoma that has spread. Hair loss usually begins a few months after they start treatment. It’s called nivolumab-induced alopecia areata, and the hair loss is considered a good sign," the AAD notes. "This type of hair loss usually means that the drug is working."