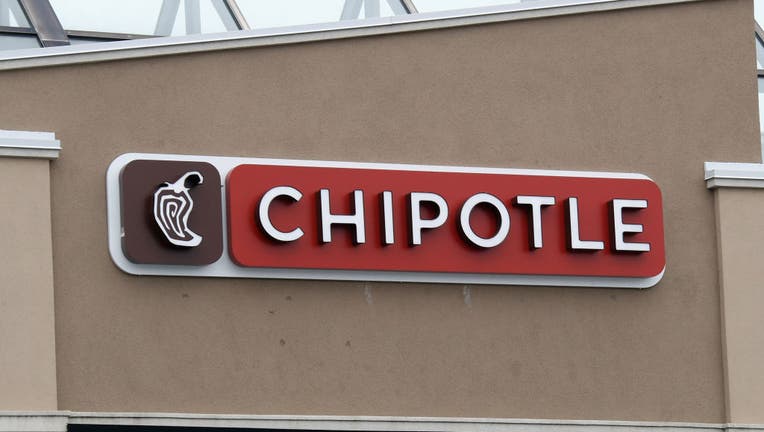 A general view of the Chipotle sign as photographed on March 20, 2020 in Carle Place, New York. On April 21, it was reported that the fast food chain had agreed to pay a $25 million fine over charges that it served tainted food to more than 1,000 peo

There’s nothing "crypto" about the value of burritos.

When a holiday like National Burrito Day comes along, it’s pretty obvious that a chain like Chipotle is going to get in on the celebration. Of course, the Mexican-inspired restaurant brand is planning a burrito promotion for the big day, but Chipotle also has something else up its sleeve: Bitcoin.

Chipotle will be giving away $100,000 in free burritos  — as well as $100,000 in Bitcoin — on April 1, aka National Burrito Day, according to a press release issued Tuesday. "This occasion makes Chipotle the first U.S. restaurant brand to offer a cryptocurrency giveaway to consumers," the release reads.

But fans can't simply walk into a Chipotle and hope they'll be entered in the giveaway. Instead, entrants will be asked to play "Burritos or Bitcoin," a game Chipotle says is inspired by a true story centering on a very expensive hard drive.

Chipotle teamed up with Stefan Thomas, founder and CEO of Coil, a company that helps web creators monetize their content. As Fox News previously reported, Thomas is the owner of a hard drive that reportedly contains millions of dollars worth of Bitcoin. Unfortunately, he says he can’t remember the password and is unable to access the contents on the drive, making the fortune just out of his reach.

Chipotle game, based on Thomas’ attempts to unlock the drive, is said to be a mock "rescue mission" for the hard drive's code. Players can access the game through a special site, and will have ten attempts to guess the six-digit code. Prizes for winners vary from a free burrito to up to $25,000 worth of Bitcoin.

TRENDING: Could you receive a fourth stimulus check? Momentum grows for recurring payments

"National Burrito Day is a huge moment for Chipotle as our fans traditionally flock to our restaurants and digital platforms to order their favorites," said Chris Brandt, Chipotle’s chief marketing officer. "We're always looking for unique ways to enhance the celebration, and this year, we're giving fans the opportunity to acquire two highly valuable assets: Burritos or Bitcoin."