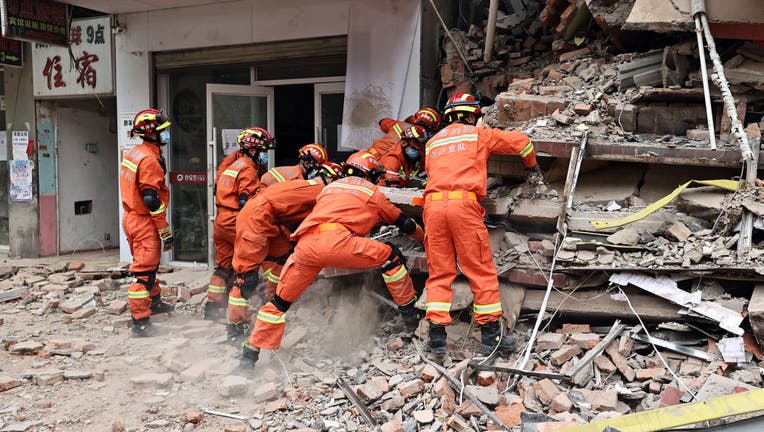 CHANGSHA, CHINA - APRIL 29: Rescuers work at the collapse site of a self-constructed residential building on April 29, 2022 in Changsha, Hunan Province of China. The incident took place on Friday in Wangcheng District in Changsha. (Photo by VCG/VCG v

BEIJING (AP) - Two people were rescued Sunday from the rubble of a building in central China more than 50 hours after it collapsed, leaving dozens trapped or missing, state media said.

State broadcaster CCTV showed video of rescuers bringing a woman out on a stretcher about 4:30 p.m. Some could be heard shouting words of encouragement during the operation. She was taken to a hospital and is in stable condition, CCTV said. State media reported another person was brought out alive in the evening but provided no details.

Seven people have been rescued from the building, which collapsed Friday afternoon in the inland city of Changsha, the capital of Hunan province. About 20 others remained trapped, and another 39 had not been accounted for as of late Saturday.

Besides the owner, police said they had arrested three people in charge of design and construction and five others for what they said was a false safety assessment for a guest house on the building’s fourth to sixth floors. 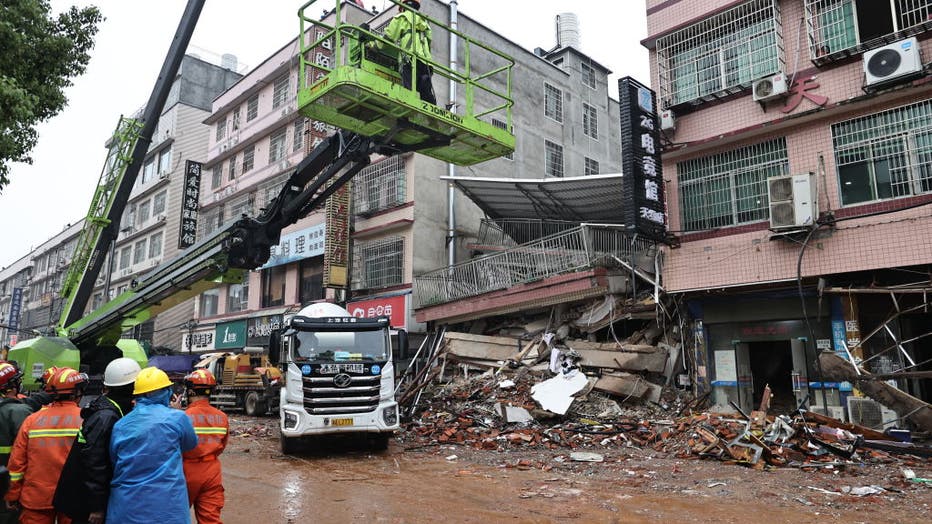 Rescuers work at the collapse site of a self-constructed residential building on April 30, 2022 in Changsha, Hunan Province of China. The incident took place on Friday in Wangcheng District in Changsha. (Photo by VCG/VCG via Getty Images)

In photos the building appeared to have pancaked down to about the second floor, leaving rubble strewn on the sidewalk. It had stood in a row of buildings about six stories tall.

Xinhua said the building had eight floors, including a restaurant on the second floor, a cafe on the third floor and residences on the top two floors. Other media reports said it was a six-story building. Tenants had made structural modifications to the building, but the cause of the collapse remained under investigation, Xinhua said.

Police said the Hunan Xiangda Engineering Testing Co. issued the false safety report on April 13. The arrested included the legal representative of the company and four technicians suspected of providing the assessment.

Following an increase in the number of collapses of self-built buildings in recent years, Chinese President Xi Jinping said Saturday that it was necessary to check such structures for any hidden dangers and fix them to prevent major accidents, Xinhua said.

Poor adherence to safety standards, including the illegal addition of extra floors and failure to use reinforcing iron bars, is often blamed for such disasters.