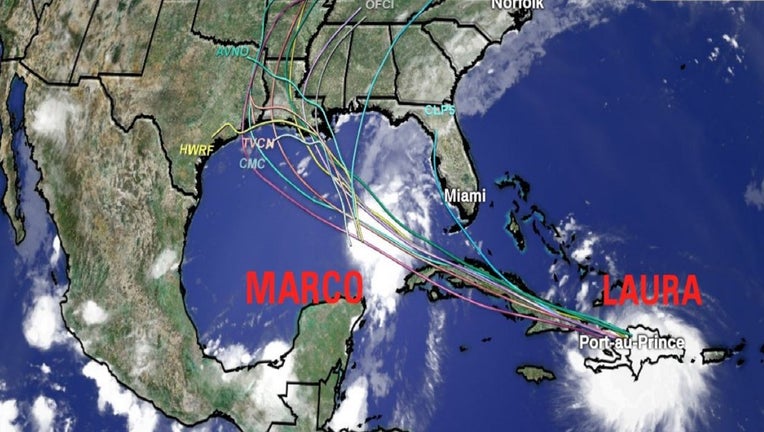 A Change.org petition was created to change Tropical Storm Laura's name to "Polo."

The change would "unite Marco and Polo once and for all," according to the petition's official page.

Laura and Marco are both churning toward Louisiana.

Both are expected to make landfall there within days of each other.

The hilarious petition plays off the game "Marco Polo" that people play as children.

One commenter on the petition's page said they signed "because the weather channel will have its best ratings in YEARS!!!"

Another said, "Just something funny to take my mind off the stressful part these next few days."

Storms are, of course, named in alphabetical order, so changing Laura's name to Polo is unlikely.