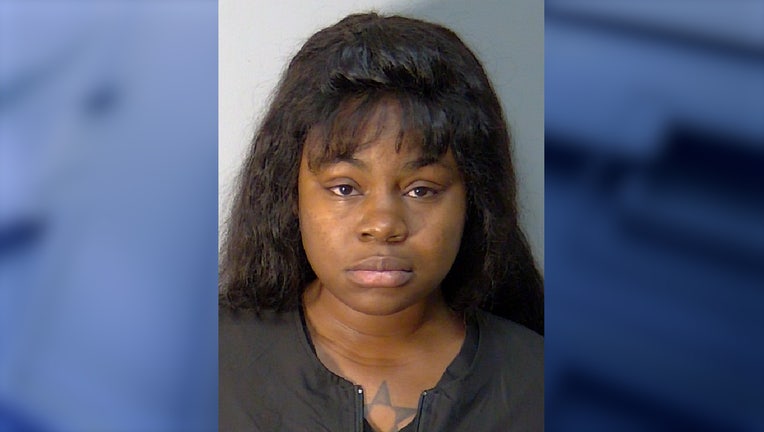 Josalyne Worthy, 27, of Mount Dora, is facing both battery and assault charges after she tried to get the woman – who suffers from restricted mobility in her legs – to get up out of bed at the retirement home located on Dora Avenue, according to a Lake County affidavit. The woman can't stretch out her legs due to it being bone on bone and it is excruciating for her to try to move them, the report stated.

The Tavares Police Department said the incident was caught on camera, as the resident's family monitors their loved one using a camera in the room. Police said the staff is aware of the room being recorded.

When officers viewed the video, the resident is heard screaming in pain as Worthy stretches out the woman's leg, though the woman told her she didn't want to get up.

At some point, she stops stretching the woman's leg and tries to convince her again to get up, and when the resident doesn't, Worthy reportedly said, "OK. I can stretch it out again," as if she was threatening to do it again.

After arguing back and forth about getting out of bed, Worthy began to stretch her leg again, and she was seen putting extra effort into stretching her leg.

Two other staff members came into the room after hearing the resident's screams.

Police spoke with Worthy who said she went into the resident's room to wake her and conduct range of motion exercises because of the resident's complaint of right leg pain. The affidavit said Worthy was not authorized to do those, as the facility brings in a physical therapist to conduct them.

Worthy was arrested and taken to the Lake County Jail. A look at her criminal history showed prior arrests for aggravated battery and simple battery, but none were convicted, the report stated.