Orlando police chief retires after 30 years in the department

Chief Orlando Rolón retired Friday after 30 years with the Orlando Police Department. He was its 39th chief and the first Hispanic person to have the title.

"Chief Rolón last radio transmission. It’s been an honor and a pleasure to serve with all of you," Rolón said in his final message to the Orlando police force Friday morning, which was shared on the department's Facebook page.

He was its 39th chief and the first Hispanic person to have the title.

"There is a saying that goes, if you love what you do, you will never work a day in your life and that was so true during my career here," Rolón said. 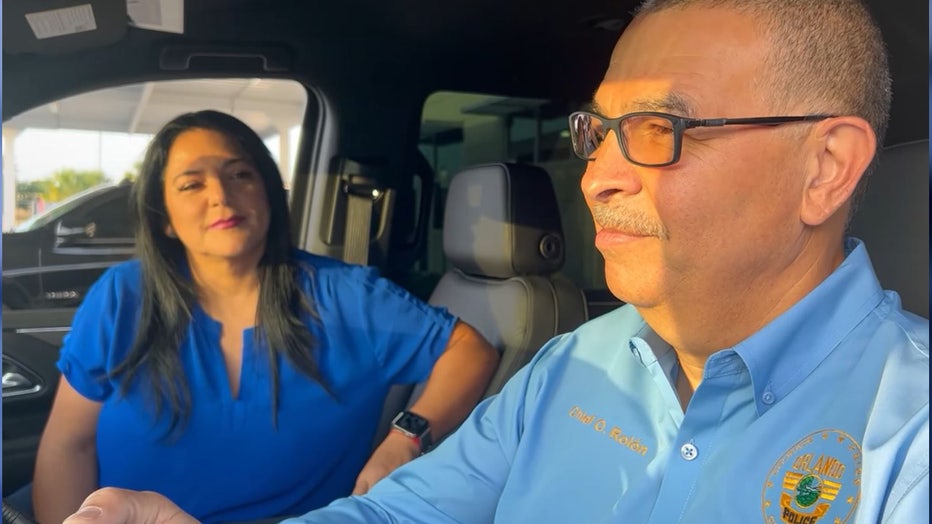 He said the pandemic and the shooting at Pulse were some of his hardest times. Among his accomplishments, Rolón listed adding more patrol officers, creating youth engagement programs, and increasing officer pay.

"Thank you, Chief Rolón for serving the City Beautiful with courage, pride, and commitment," said an officer at the other end of the radio on the chief's last day.

He said he has accepted another job offer that will begin in September and will share more details on his new position on Aug. 24 during the "Change of Command" ceremony. Deputy Chief Eric Smith will then take over the department.

"Continue to serve with courage, pride, and commitment,"  Rolón said in his final message. "Chief Rolón is 10-7."