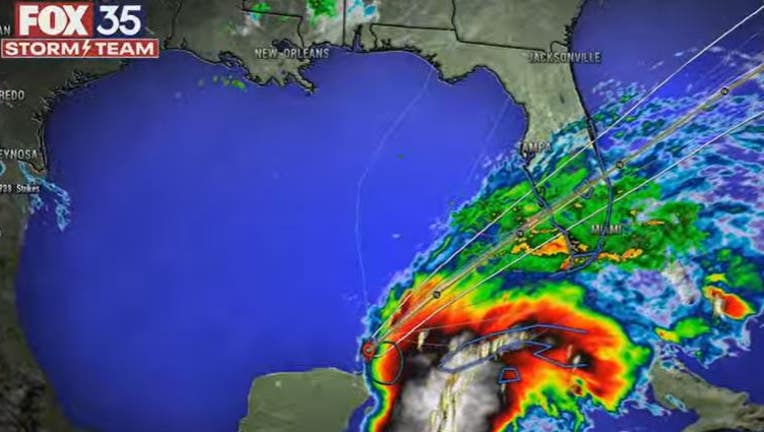 ORLANDO, Fla. - A system in the Gulf of Mexico is expected to strengthen into our first named storm of the 2022 Atlantic hurricane season – and it's taking aim at Florida.

Tropical storm warnings have been issued for portions of Central and Southern Florida, including Polk, Osceola and Brevard counties, according to the National Hurricane Center on Friday. FOX 35 Storm Team Chief Meteorologist Jayme King says the system, which could become Tropical Storm Alex on Friday, will bring big rain to our area on Saturday. That is why we have declared Saturday a FOX 35 Storm Alert Day.

"There's also a secondary risk of some of the rain bands moving in from South Florida that could produce a few very isolated tornadoes."

A Flood watch in effect for Osceola, Brevard and Polk until 3 a.m. Sunday. Orlando is expected to get up to 1-inch of rain. Brevard County could get between 2 - 4 inches.

As of 5 a.m. Friday, a Tropical Storm Warning is in effect for:

According to King, the system is expected to reach maximum sustained winds of 45 mph by the time it reaches Florida on Saturday around 8 a.m. By 8 p.m., the system is estimated to be around the Treasure Coast and then moving out to sea.