Thousands of people fled their homes on Puerto Rico's southwest coast on Tuesday after a 10-day string of earthquakes crescendoed in a powerful magnitude 6.4 temblor that crushed an elderly man, injured at least eight other people and sent buildings tumbling to the ground.

ORLANDO, Fla. - After another earthquake hit Puerto Rico, killing one person and hurting eight others, Central Florida is ready to help.

Puerto Ricans are surveying the damage as their island is crushed yet again.

An old church is in ruins, buildings are cracked and schools and homes are destroyed after a 6.4-magnitude earthquake hit the island early Tuesday morning. It's the second big one in two days. 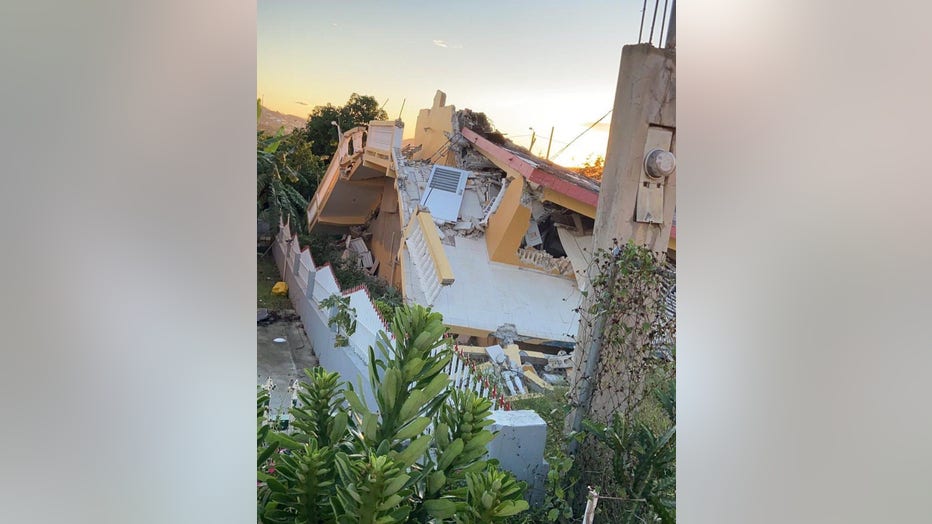 There was no damage to Carlos Garcia's home, but the quake itself is crushing on every level.

"I was like, 'Wow, what is going on here? What are we doing?' We just ran. We didn’t have time to think," Garcia said.

Central Florida is stepping up to help.

The nonprofit Latino Leadership, Inc. is reinstating the emergency response program it used after Hurricane Maria.

During Maria, they helped more than 11,000 families.

Already, Guzman is hearing more Puerto Ricans are on their way to Central Florida.

"Flights are already sold out through the 12th," Guzman said she heard.

She says this happens when the island loses power like it has this time.

Still, there is fear that aftershocks and tremors will continue to rock the island.

"They always say that Puerto Ricans are resilient, but there’s a limit," Guzman said.

"We just need a break, you know? It’s been pretty bad," Garcia said.

OneBlood, the local not-for-profit blood center serving Florida and the majority of the Southeast, also announced Tuesday that it will be sending blood to Puerto Rico following the earthquakes.