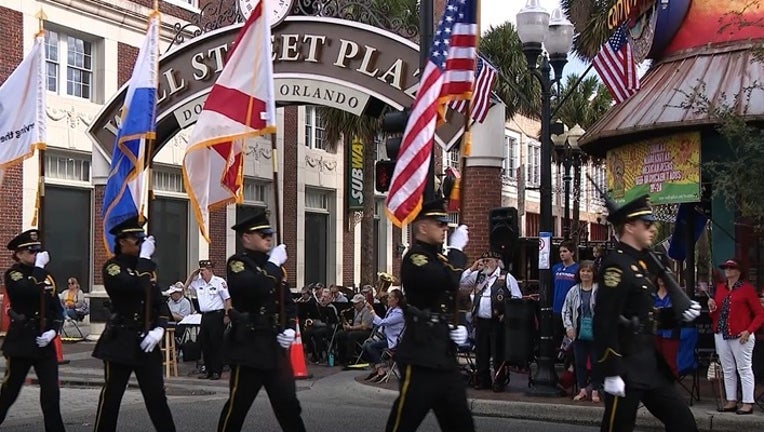 "We have a beautiful day for our 20th annual Veterans Day parade in downtown Orlando," said Mayor Buddy Dyer.

Flags flew high with pride as people from across Central Florida said thanks to veterans like Richard Rojas.

"I'm a combat veteran served eight and a half years," he said.

"This is a fabulous day for the veterans we owe so much to them," said Catherine Haynes.

Rojas said it's a day to highlight the sacrifices military members and their families make.

RELATED: Businesses offer free meals, discounts on Veterans Day in gesture of thanks to those who have served

"To appreciate the great constitution that enables and protects each American for the right of life, liberty and the pursuit of happiness," he said explaining what it means to be an American. 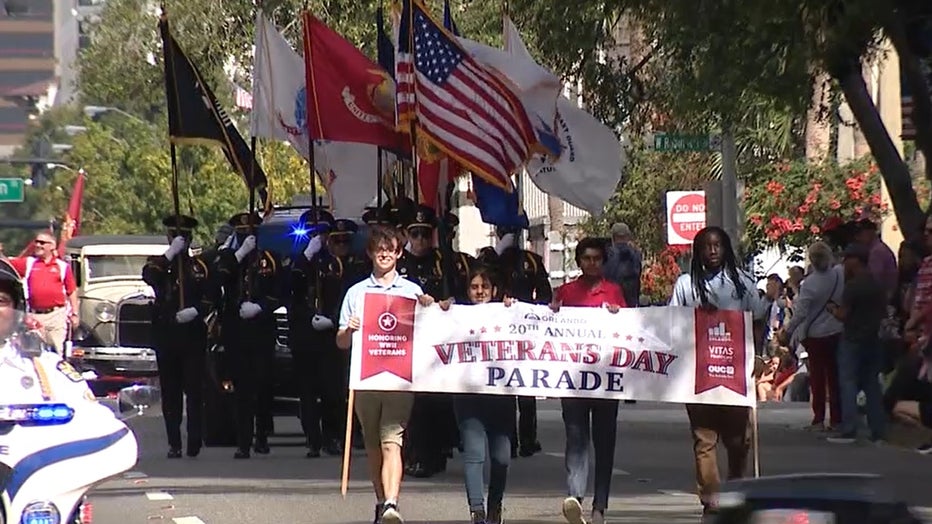