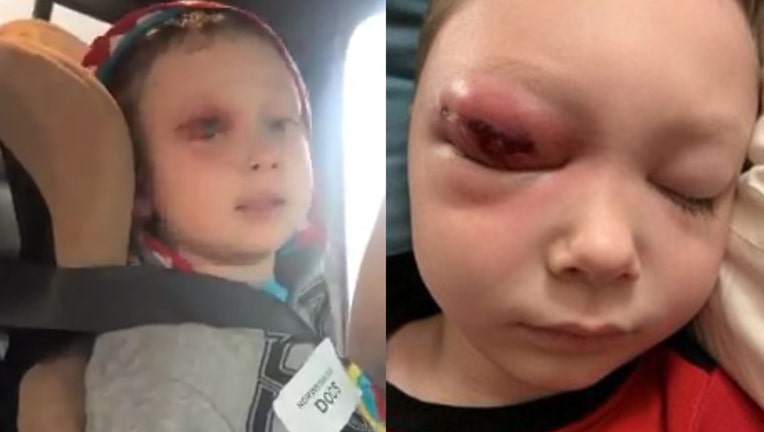 ORLANDO, Fla. - The family of a 4-year-old  boy suffering from a serious eye infection returned to Port Canaveral Wednesday morning from a Norwegian cruise ship.

“The blood work came back that his levels were elevated again. Of course, we're worried about sepsis and the infection traveling to his brain and affecting his vision,” she said.

They say Norwegian's medical team has been treating Roman while on the ship.

“He’s autistic so he doesn’t really say much about this,” Roman’s father said through tears.

The family says they tried to return earlier but didn't bring passports.

Monday afternoon, they were docked in Cozumel, Mexico.

RELATED: Central Florida family struggling to get back to U.S. with sick child on cruise

“We obviously did not expect this type of situation to happen. So, because we don’t have passports, it’s difficult for us to get off the ship and back into the United States," she said.

Some cruises that begin and end in the U.S. do not require guests to have passports. In fact, Norwegian has a blog post about it up on its website.

Mejias says the cruise line advised they leave the ship to get medical care in a hospital, but feared they would be stranded in Mexico.

The Melbourne family arrived back in Florida Wednesday morning. Despite his injury, he said 'hi' to FOX 35's Amanda McKenzie as they were headed to Advent Health for Children in Orlando for treatment.

“I’m just relieved we’re back on shore,” Roman’s father Erik Mejias said. “I’m just glad Roman – at least his spirits were a little bit higher right before we left and like I said I’m just glad this thing is over. It’s a total nightmare.

It was an emotional rollercoaster for the family of ten now praying that doctors will be able to save Roman’s eye.