Florida Gov. Ron Desantis speaks on CDC ruling at a press conference in Poinciana, Fla. Desantis said they will 'absolutely' purse to get the state removed.

WASHINGTON - Federal health officials on Monday extended for nearly three more months its rules that cruise ships must follow to sail during the pandemic.

The U.S. Centers for Disease Control and Prevention said the extension makes only "minor modifications" to rules already in effect. The agency said that after Jan. 15, it plans to move to a voluntary program for cruise companies to detect and control the spread of COVID-19 on their ships.

The current regulations, called a conditional sailing order, were scheduled to expire on Nov. 1.

The CDC imposed the first no-sail order on cruise lines in March 2020, after most companies sailing in U.S. waters had agreed to suspend voyages. The CDC issue technical guidelines for the industry five months later, and began approving trial sailings this spring. 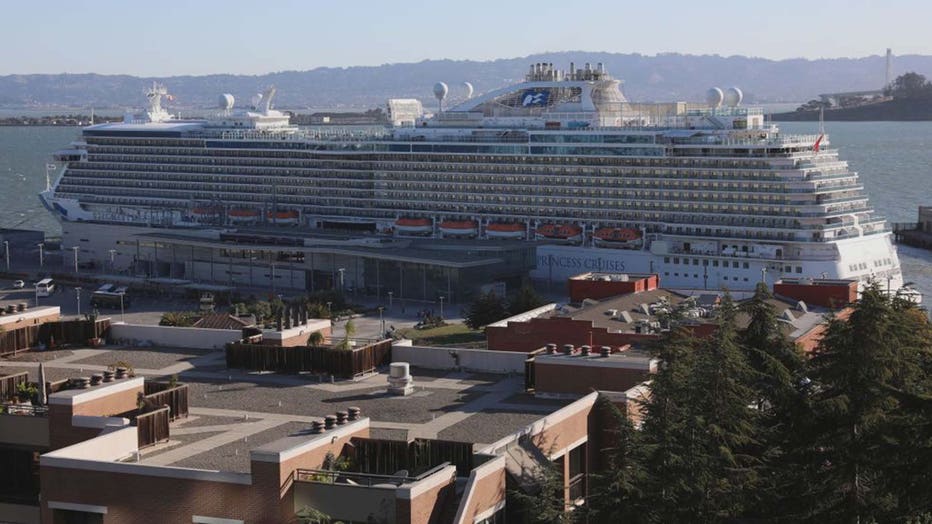 FILE - Cruise ship Majestic Princess is seen at a pier in San Francisco, the United States, on Oct. 11, 2021.

Cruises have since sailed from Florida and other parts of the country. Most lines require adult passengers to show proof of vaccination against COVID-19.

The CDC noted on Twitter that since it first issued restrictions on sailing, cruise lines have developed and implemented health and safety protocols to manage COVID-19 and have resumed cruising.

A cruise industry trade group pledged to continue working with CDC on health measures on board ships. It cited the CDC announcement as evidence that lines have made a successful — if only partial — return since the pandemic shut down the industry worldwide.

Laziza Lambert, a spokeswoman for the Cruise Lines International Association, said in a statement that, "Cruising has successfully resumed in the United States" with measures that have limited the risk of COVID-19 for passengers and crew members. She said the CDC announcement shows that the health agency and the Biden administration "recognize the cruise industry’s successful resumption of operations."

Industry officials have complained that the government took a much tougher stance against cruising — shutting it down entirely last year — than it took toward airlines and other parts of the travel industry.