A woman says someone shot the neighborhood cat. Kissimmee police have not&nbsp;released the name of the suspect, but say they are&nbsp;charging him with animal cruelty.

KISSIMMEE, Fla. - A woman says someone shot the neighborhood cat.

Kissimmee police have not released the name of the suspect, but say they are charging him with animal cruelty.

Thankfully, 3-year-old Bailey still looks cute and cuddly, even as she recovers from a BB gun wound. You can see the small hole right above her paw.

"When we got a closer look and found out someone shot the cat it was shocking." Ashley Perkins, who operates an animal rescue, says. She often feeds Bailey, the neighborhood stray, and she found her helpless on her driveway. So, she took Bailey to the vet for help. "They found that she has a shattered metacarpal which is the toe joint."

Ashley said that she called the police and told officers that another neighbor shot the cat. Kissimmee Police confirmed to FOX 35 News that they are charging someone with animal cruelty,  but they are passing the case onto the State Attorney’s office for review. 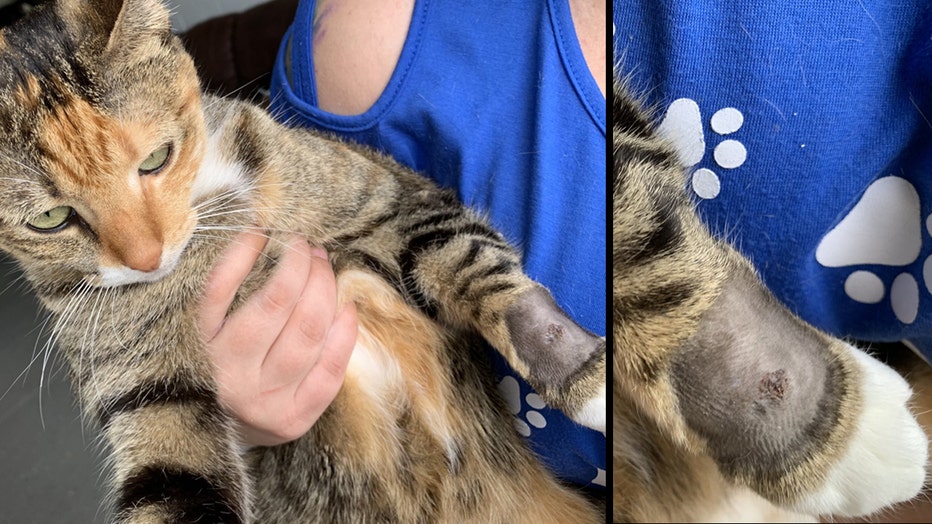 "They told me they are going to be charging him with first degree animal cruelty, however, it’s now up to the State Attorney’s to decide if they want to prosecute," Ashely added.

"If the animal’s not doing anything, that’s a potential threat to the person, then yes it’s a potential violation of Florida Animal Cruelty statute," Osceola County Animal Services Director Kim Staton said. Even if a cat is on a person’s property, they’re not allowed to harm it. "It’s our understanding it did hit a bone and caused a break in the bone. We understand sometimes people don’t want animals on their property but there are humane and effective deterrents that can be used."

"She’s going to be okay. She’ll never walk normally again," Ashley said. She hopes someone will adopt Bailey soon because she is worried about her safety. "She’s a really sweet girl, she gets along with humans and other animals. We’re not gonna stop till we get justice."

Police plan to release bodycam on Wednesday. They told FOX 35 News that there is neighborhood surveillance as well.