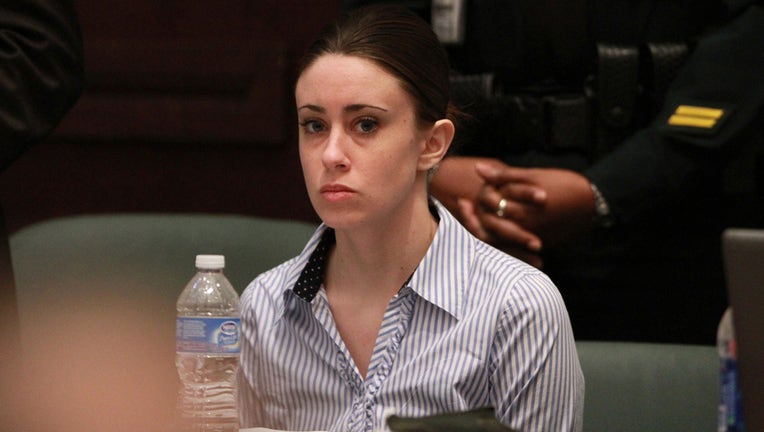 Casey Anthony sits at the defense table after the jury left to begin deliberations in her murder trial at the Orange County Courthouse in Orlando, Florida, Monday, July 4, 2011. (Joe Burbank/Orlando Sentinel/Tribune News Service via Getty Images)

Her case garnered national media attention in 2011 with millions watching, waiting to hear the outcome of her trial, after Anthony admitted to lying to police multiple times about how her daughter had gone missing.

After being relatively quiet for over a decade, Anthony is apparently ready to share her side of the story in a new three-part documentary – Casey Anthony: Where The Truth Lies – that will stream Nov. 29, 2022 on Peacock.

"There have been several movies and documentaries made to fill in the gaps, and yet, the woman at the center of it all remains the biggest mystery. Throughout the exclusive three-part documentary series, Casey Anthony finally tells her side of the story and addresses the public that has made so many assumptions for the past 13 years," reads tease text on Peacock's website, following by a teaser trailer.

In that trailer, Anthony appears to be waiting for the interview to start as the production team prepares to start recording.

"Why talk to me now when you're not getting creative control," someone asks.

Anthony makes a quick reaction – and the teaser ends.

The only other time Anthony has spoken out about her case was in 2017 when she gave an interview to the Associated Press, but it wasn't on camera.

Anthony's mother reported Caylee missing on July 15, 2008. The next day, Anthony was arrested for child neglect and giving false statements to the police. She told law enforcement her daughter vanished after she left with a babysitter, who had also disappeared.

In 2011, Anthony was charged with murder. In the end, prosecutors proved Anthony was a liar but convinced the jury of little else. The government failed to establish how Caylee died, and they couldn’t find her mother’s DNA on the duct tape they said was used to suffocate her.

The jury deliberated for 11 hours and found Anthony not guilty of first-degree murder, aggravated manslaughter, and aggravated child abuse. She was convicted of four counts of lying to police and served almost three years in person while awaiting trial.