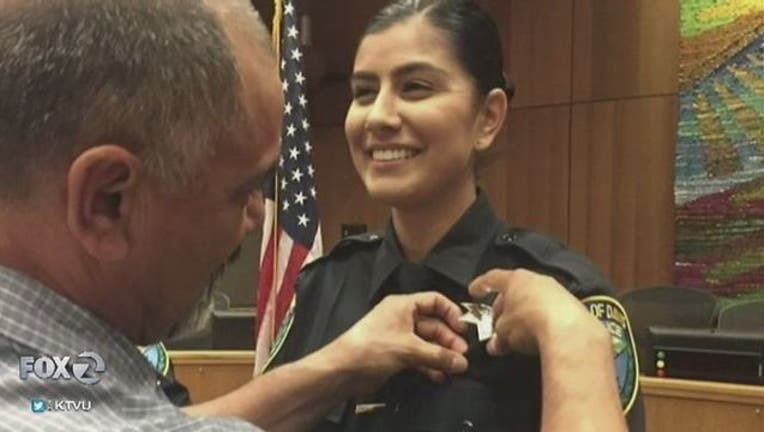 DAVIS, Calif. (KTVU) - More than 1,300 people have registered to attend a candlelight vigil on Saturday night to honor rookie police officer Natalie Corona, who was shot and killed Thursday night while responding to a routine traffic collision in downtown Davis.

The vigil is due to start at 6 p.m. at Central Park in Davis, according to the event’s Facebook page. The park is at 401 C Street.

Related: Rookie cop killed in ambush by gunman with no motive

City dignitaries and surrounding community members will be in attendance, organizers said. There will also be volunteers tying ribbons to trees.

Organizers are expecting thousands to show up. And with more than 1,000 already committed, plus another 4,000 “interested,” parking is slated to be a challenge.

“As a community, we need to help get people here safely and efficiently,” wrote an organizer on the event page, who asked that attendees do their best to carpool.

More: ‘She died doing what she loved to do’: Slain officer's father mourns daughter

KTVU reported this story from Oakland.