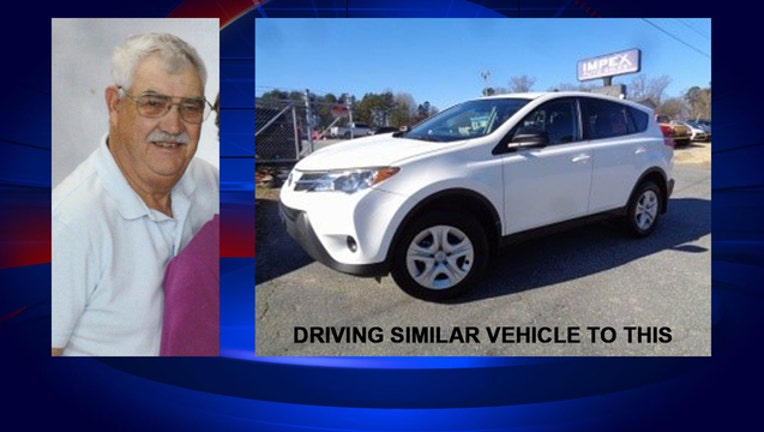 John "Tom" Carroll, 75, was last seen in the Rockledge, Florida area. He was wearing a blue polo shirt, blue jeans, a navy blue or black ball cap, cowboy boots, and glasses. John may be traveling in a 2015, white Toyota Rav4, Indiana tag number D479SR. The vehicle has a dealership front tag that says "Rick Acra". He may be traveling south to Miami.

His wife says he suffers from memory loss, agitation, and frustration. She said she spoke to him around 8 p.m. on Wednesday, as he was heading southbound on the turnpike.  Frustrated by traffic, he told her he was heading to Ohio via "Highway 74."  She said she lost contact with him after this conversation and his phone either died or was turned off.

Just before 4 a.m. on Thursday, Sunpass pinged on Turnpike NB in the area of Cypress Creek, when he was getting off the Turnpike at Commercial Boulevard in Lauderdale, Florida.

If you have any information concerning the whereabouts of this person, please contact FDLE or the
Rockledge Police Department at 321-690-3988 or 911.