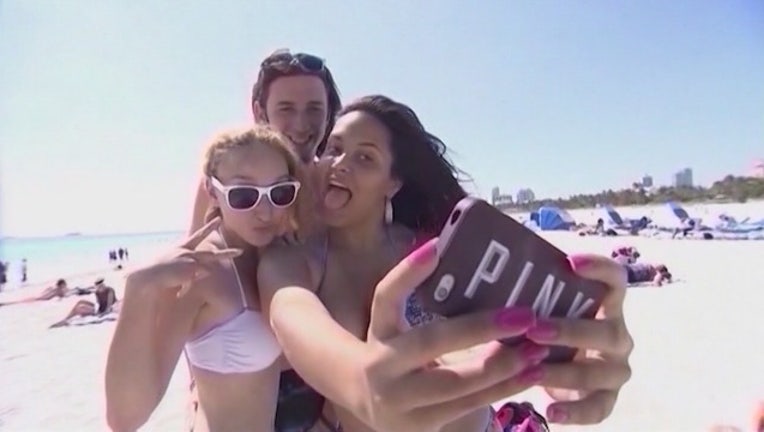 SAN FRANCISCO, Calif. - Before you take your next selfie, one doctor in San Francisco says it could give you a selfie wrist. According to Dr. Levi Harrison, selfie wrist is a form of carpal tunnel syndrome, and the doctor is seeing more and more patients with this condition.

People might experience numbness, tingling, or a sharp pain in their wrist which comes from hyper flexing the wrist inward to angle your phone's camera for a selfie, or it could happen from holding your phone too long without moving.

The Oxford dictionary defines a selfie as 'a photograph that one has taken of oneself, typically with a smartphone or webcam and shared via social media."

The Irish Medical Journal cites several cases over the past two years in which the diagnosis was selfie wrist, which includes other forms of selfie-induced trauma. Examples include injuries that result from trying to take selfies while on a trampoline, walking on rocks, or just not paying attention to surroundings. Those incidents usually concluded with the selfie taker having a broken wrist or fracture from falling or colliding into other people or objects.

Last summer, Kim Kardashian declared that she doesn't really like to take selfies anymore. This announcement was made after she released an entire book filled with selfies, although she's quoted as saying, "I don’t take selfies anymore. I don’t really like them. I just it’s not all about sitting there taking selfies, I just like to live there in real life, I don’t mind pictures but I’m just not on my phone like I used to be.”

FOX 11 reported on this story from Los Angeles.