The SUV-sized buoy washed ashore over the weekend, attracting thousands to the beach.

The giant navigation buoy washed ashore over the weekend on New Symrna Beach after breaking free from concrete blocks off the coast of South Carolina in 2017, officials say.

Officials removed the buoy on Thursday morning using an excavator, bulldozer and truck. The U.S. Coast Guard said was initially taken to a U.S. Coast Guard station in Ponce Inlet and will eventually be transported to Jacksonville, where they have a buoy yard. 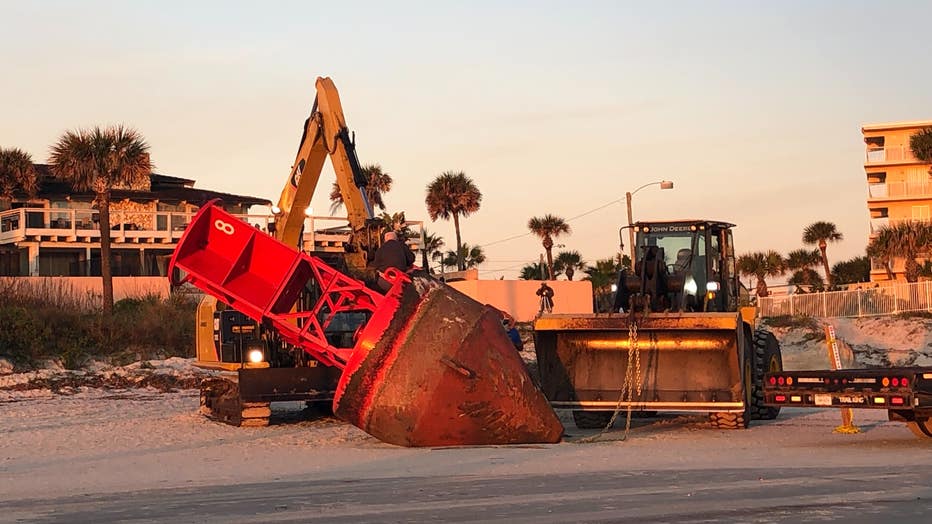 Crews will determine if the 13,900-pound buoy can be refurbished or rebuilt and put back in the ocean. It is not guaranteed that the buoy will end up back off the South Carolina coast. A U.S. Coast Guard official said if the buoy is put back in the ocean its destination depends on where it's needed. 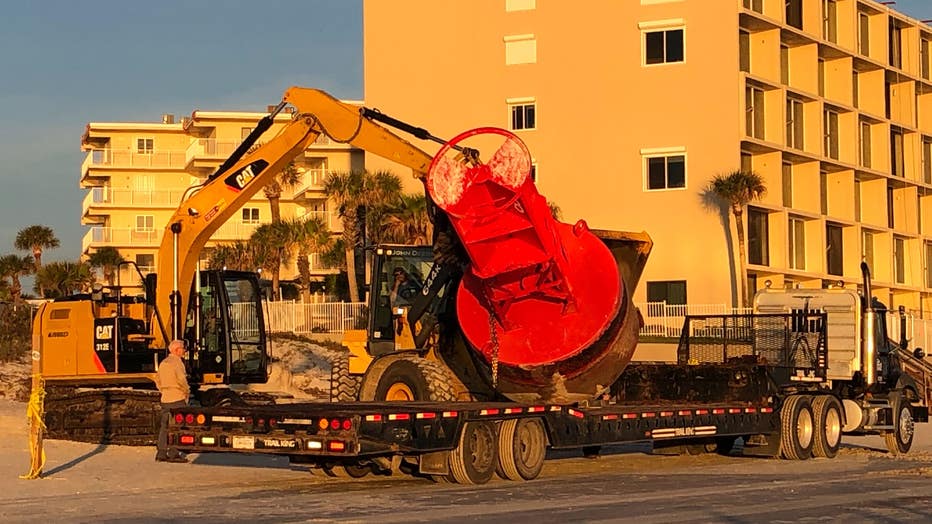 MOBILE USERS: Click here to watch the stream of the buoy being moved

Several people took pictures and watched as crews worked for an hour to remove the buoy from the beach around 7 a.m. Thursday. Sharon Doolittle said she and her husband were at the beach to watch the sunrise when they noticed what was going on. She said "we saw a crowd so we thought well we’re going to stick around until they get this job done." 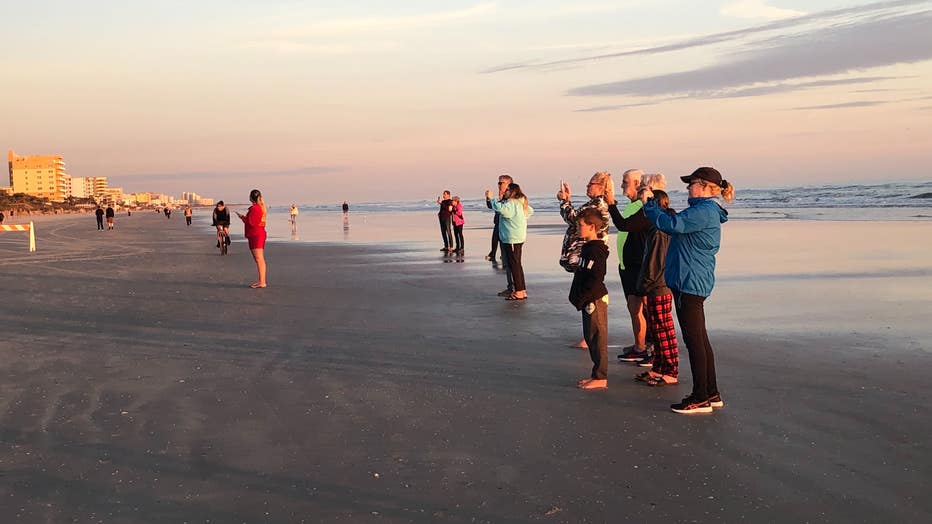 Alice Mastin, who was visiting from Michigan, said she is sad the buoy was removed, stating "you know you see this beautiful sunrise every morning. This is something unusual so it was kind of fun to have it here... We were saying good-bye, come again, farewell."

Since it washed ashore, thousands have come to New Smryna Beach to see the SUV-sized buoy, turning it into a tourist attraction. 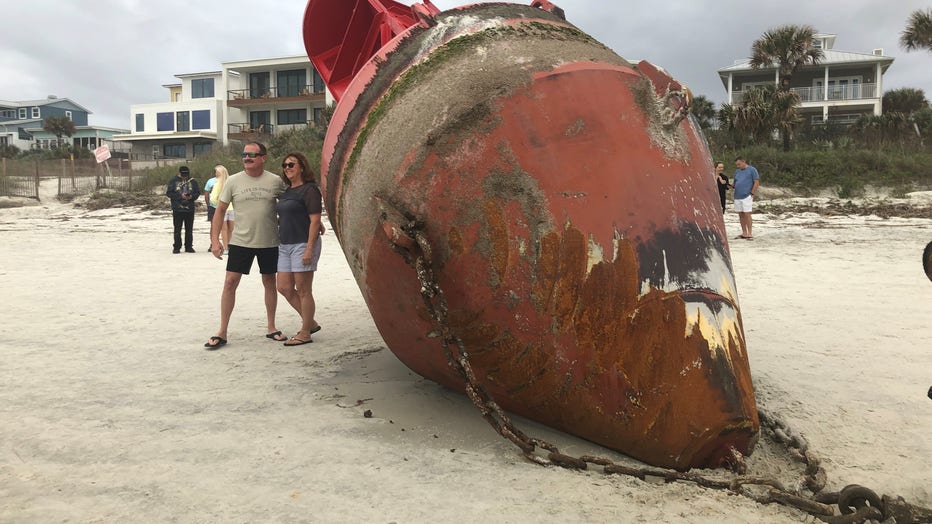 However, others couldn't wait for it to be off the beach.

"Peak season will be coming. In a couple of months, it'll be big beach season, so it needs to be out of here," said Brad Hayes. 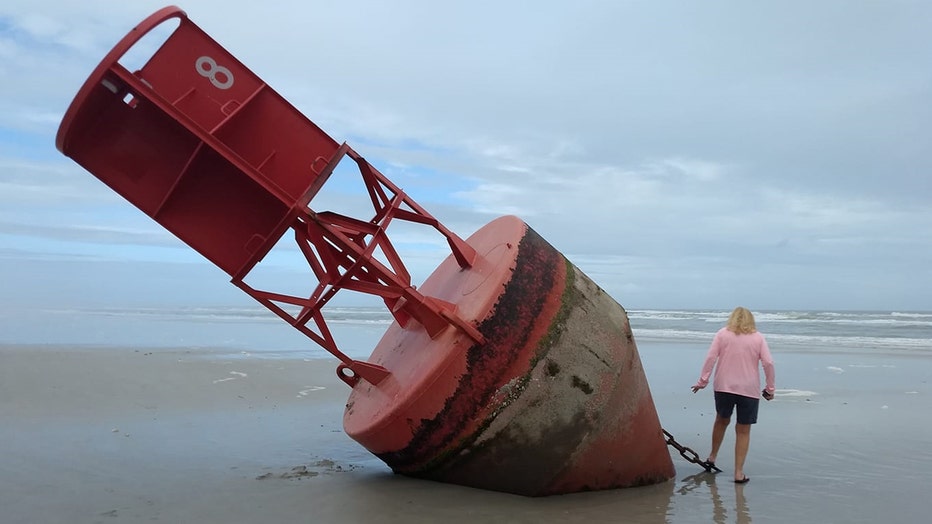 Buoys are typically chained to a large concrete block in the ocean. Officials are not sure how this one got loose but say rusty chains could have caused it to break away.