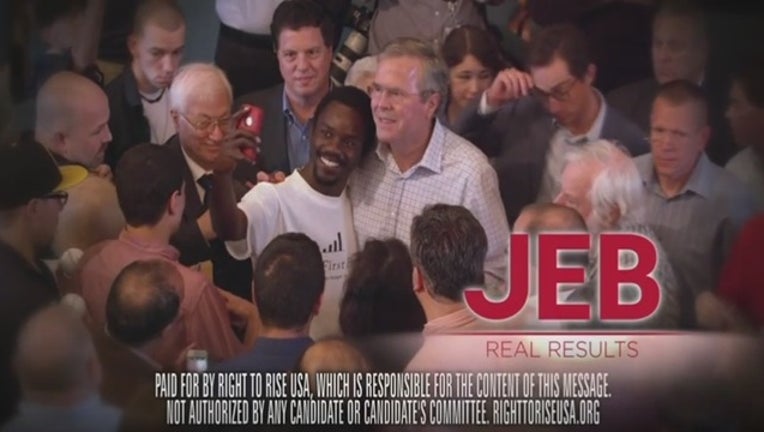 The moves will reduce the campaign's payroll by 40 percent, while also cutting travel costs by 20 percent and eliminating extraneous overhead spending. Most campaign officials were told of the cost-cutting on Friday.

The changes mark a significant setback for a campaign that spent months building a large operation, but there are no signs Bush is on the verge of withdrawing from the race.

During an event Friday at Regent University in Virginia, Bush said the moves will allow his campaign to operate "lean and mean" going forward. Asked whether the changes signaled trouble for his White House hopes, he said, "It means I have the ability to adapt."

The former Florida governor - a son and brother of former presidents - has been under pressure from supporters to revamp his campaign as the early voting contests draw closer. The first-to-vote Iowa caucuses take place 100 days from Friday.

Despite financial and organizational advantages, Bush has struggled to break out of a crowded Republican field so far dominated by unorthodox candidates, including billionaire Donald Trump and retired neurosurgeon Ben Carson.

The changes predominantly impact staff at Bush's Miami headquarters. Only about 25 percent of campaign staff will remain in Florida. Another one-fourth of the staff was already in early voting states and the remaining Bush aides will either be offered jobs there or other posts at reduced salaries, according to a campaign memo.

Campaign officials said the changes would allow Bush to bolster his resources in early voting states, particularly New Hampshire. Officials also suggested that by shifting staff out of Miami, Bush can make more and longer trips to New Hampshire, as well as Iowa, South Carolina and Nevada.

"We are moving our resources into the states to ensure that voters in primary and caucus states are introduced to his record and vision for the future," Bush spokeswoman Kristy Campbell said.

It's unknown how many of Bush's Miami staff will accept positions elsewhere.

The narrower focus on the early contests is a strategic shift for the Bush campaign, which has been spending money and time in states that vote later in the primary cycle. It suggests the campaign feels increased pressure to have a strong showing in one of the first four states or risk not being able to remain competitive.

Bush officials acknowledged that the changes reflect a campaign landscape that looks far different than what they originally expected. Trump's unexpected rise has pulled attention away from other candidates and revealed deep voter frustration with Washington and experienced politicians.

Bush's campaign has urged supporters to be patient, pointing to its large organization and heavily funded super PAC as signs their operation is built to last through a long campaign. The campaign and super PAC have been spending heavily on television advertisements in early voting states, but so far there is little sign that his standing in the race is significantly improving.

While Bush's super PAC remains heavily funded, his campaign fundraising slowed in recent months. He reported collecting $13.4 million between July 1 and Sept. 30, less than Carson, who led the field with about $20 million. Bush ended September with about $10 million in cash.

While Bush has benefited from a traditional fundraising style that his father and brother perfected - even inheriting many of the same money-raisers - his campaign has struggled to capture the power of harvesting small contributions over the Internet.

Only about 4 percent of what he's collected since the beginning of his campaign comes from donors giving $200 or less. That makes him one of the worst low-dollar fundraisers in the GOP field. Those donors are important because they can give again and again, providing waves of cash without taking up any of the candidate's time.