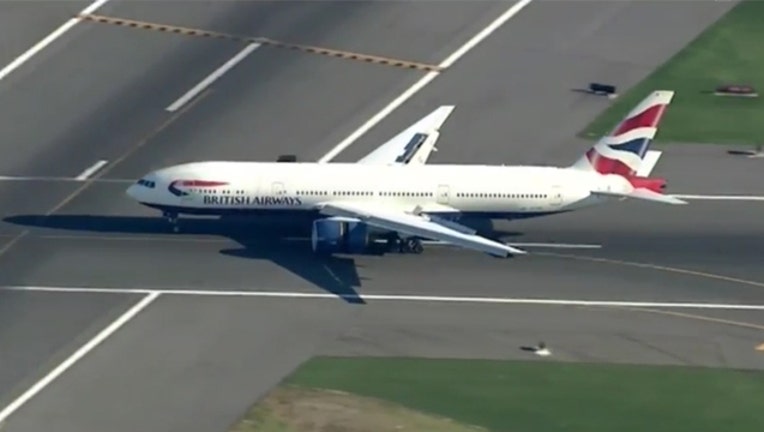 FOX NEWS - How sweet! In honor of Father's Day, British Airways recently surprised some of the dads on staff with a special assignment – working a long-haul flight alongside their children, who are also employed by the carrier.

Ahead of June 16, when the holiday will be celebrated in both the US and the UK, the unique flight from London's Heathrow Airport to San Diego was operated "entirely" by parent-child teams, according to a press release.

From check-in crew to gate agents, operations managers, engineers and even cabin crew and pilots, the airline claims that the one-of-a-kind trip was staffed entirely by fathers and their sons and daughters.

"None of the pairs had ever worked together before, making the flight an extra special experience," the release stated.

Many of the British Airways staffers who worked the flight agreed that it was sentimental to not only share the one-of-a-kind trip with their loved one but share a passion for their careers in the aviation industry together, too.

"For 20 years my daughter watched me fly around the world and I'm so proud that I've inspired her to do the same as cabin crew. This is the first time we've ever worked on the same aircraft together and that's such a special feeling," Captain Martin Ewins said. "I was incredibly proud of her, and from the moment we stepped onto the plane we weren't father and daughter, but two members of a flying crew getting ready to operate a flight."

Lois Mackerness, a member of the cabin crew, similarly echoed that she found lifelong inspiration in her her father's enthusiasm for his work.

"Growing up seeing the pride and passion my dad has for caring for his customers really encouraged me to work hard and make sure that I love what I do too. It was great to work on board together," Mackerness said. "I picked up some of his top tips that he's learnt through his many years of flying."

Cabin crew member Andrew Obal added that Father's Day is an occasion all the more meaningful in his family, as his son is now a father too.

"With both myself and my son often working in different time zones and countries around the world, it sometimes means that we celebrate special days like birthdays and Christmas on different dates," Obal revealed. "Father's Day is of extra importance for us as my son is now a father too, so being a part of this flight and watching my son serve our customers was such a special moment."