The parkway is finally opening after years of delays and massive fundings.

PALM BAY, Fla. - The so-called 'Bridge to Nowhere' is getting ready to open on Tuesday in Palm Bay.

The bridge was reportedly first approved in 2016. It is now called the 'St. John's Heritage Parkway.' The parkway and southern I-95 interchange will open on Tuesday afternoon.

The new parkway will reportedly provide residents with access to the I-95 corridor, reducing travel times and traffic surrounding the existing interchange at Malabar Road. The parkway will serve as the first and second phases of a future beltway around Palm Bay. 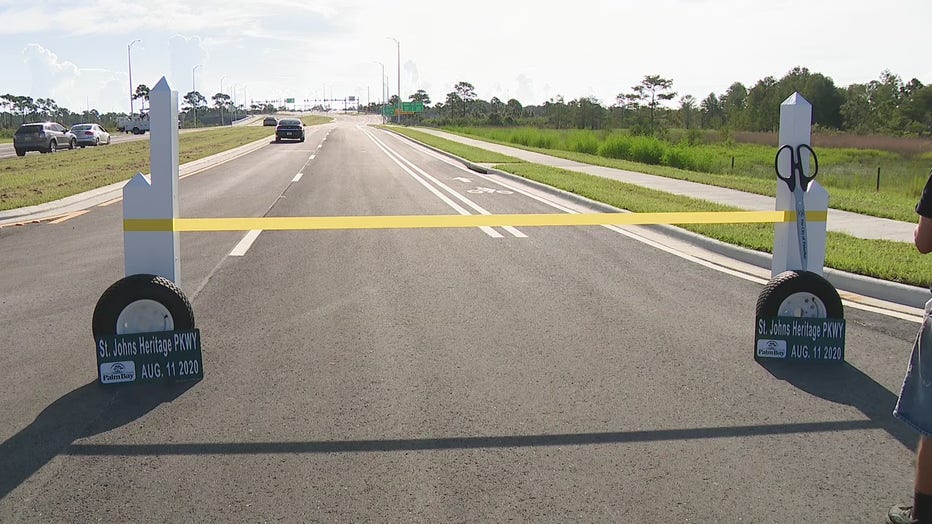 The bridge has faced a lot of controversy from Palm Bay residents over the massive funding from taxpayers, money management issues, huge delays, and missed deadlines.

It was even called the 'Bridge to Nowhere' at one point because of how little residents believed the city kept up with the project. At the time, the construction did not even connect to a road.