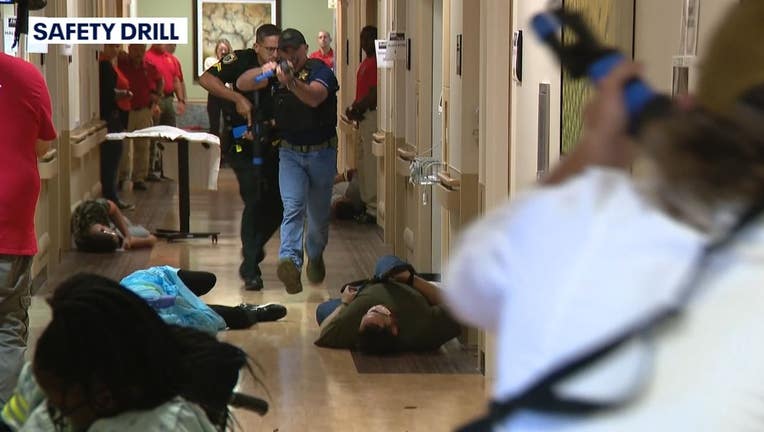 BREVARD COUNTY, Fla. - Warning: The video above features an active shooter drill held at Health First's Viera Hospital, including sounds of gunshots, people yelling, and law enforcement shouting commands. It is not real and was part of a training exercise.

In the wake of recent mass shootings across the country – a grocery store in Buffalo, New York, a church in California, a school in Uvalde, Texas, and most recently, a Fourth of July parade in Illinois – Florida law enforcement agencies participated in an active shooter training exercise at Health First's Viera Hospital on Wednesday to help prepare deputies and first responders should one happen here.

The training exercise – the third of five held at Health First's Viera Hospital – begins with nurses and patients routinely meandering in a hallway when suddenly simulated gunshots begin, followed by people running, screaming, and falling to the ground.

"Every battle is won or lost before it is ever fought. The way we win this battle is by being prepared," said Brevard County Sheriff Wayne Ivey. 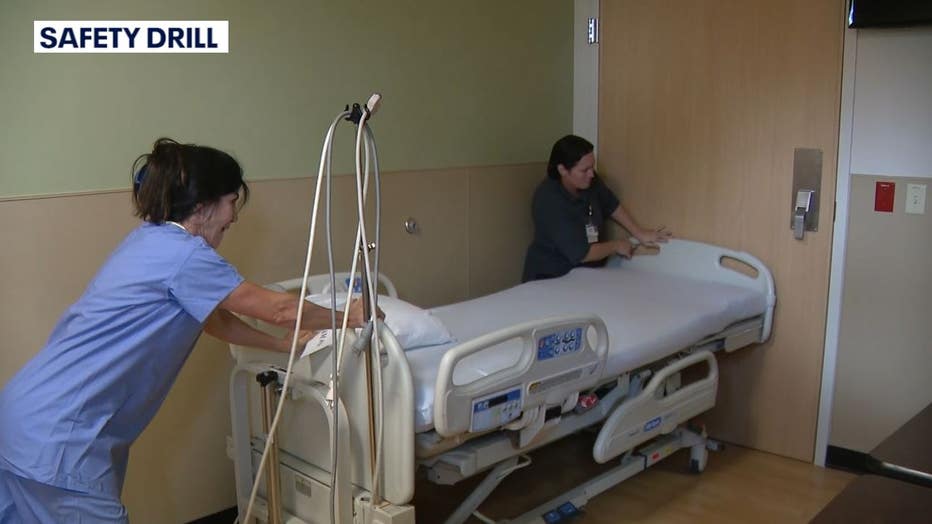 The goal was preparation, specifically how to deal with an active shooter in various scenarios, but also to give deputies, hospital staff, nurses, and doctors a "real life" experience of what that sounds or looks like. In addition to BCSO, Melbourne police, West Melbourne police, and Cocoa police have also participated, a hospital spokesperson said.

MORE NEWS: No evidence of gunfire or shooting at Orlando Fourth of July fireworks show

"Nurses don’t get to hear what real gunfire sounds like. That is why when (Sheriff) Wayne’s (Ivey's) team came in, we wanted them to feel that real-life experience," said Health First Director Robin Rice.

"We pray each and every day that this doesn’t happen, but if it does, we are going to bring the fight," Rice said.

After the drill, the teams will hold a meeting to go over what happened and what can be learned in the next drill or real-life scenario.