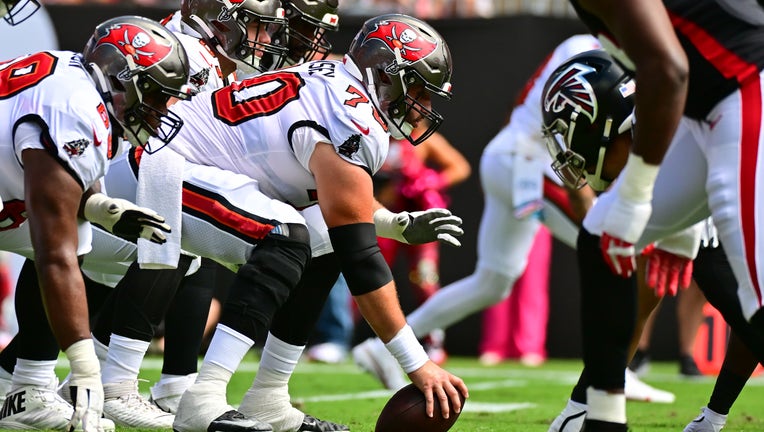 TAMPA, FLORIDA - OCTOBER 09: Robert Hainsey #70 of the Tampa Bay Buccaneers snaps the ball during the second quarter of the game against the Atlanta Falcons at Raymond James Stadium on October 09, 2022 in Tampa, Florida. (Photo by Julio Aguilar/Getty

TAMPA, Fla. - A boy ran onto the field and was tackled hard by a security guard in the second quarter of the Tampa Bay Buccaneers' game against Atlanta on Sunday.

A woman who identified herself as the child’s mother told The Associated Press the boy is 10 years old. A police officer later told the AP the boy is older than 10, but he couldn’t release his information because he’s a juvenile. The officer said the mother has several children and was confused about which one jumped onto the field.

Tampa Police Department spokesman Lt. Abe Carmack said there was "an incident involving a juvenile" at Raymond James Stadium during the game but no charges will be filed and no arrest was made.

The incident occurred while the Buccaneers were lining up for an extra point after Leonard Fournette’s 1-yard touchdown run gave them a 6-0 lead.