Officers with the Phoenix Police Department were given the gift of appreciation.

PHOENIX - A little boy from Phoenix wanted to show his gratitude to those who protect his community.

Christian gave officers with the Phoenix Police Department candy topped with police cruisers to show his support for the department and thank them for their service to the community.

On Sunday, Oct. 25, his grandmother told FOX 10 Christian gave them the sweet treats at a Walgreens near Union Hills Drive and Cave Creek Road. 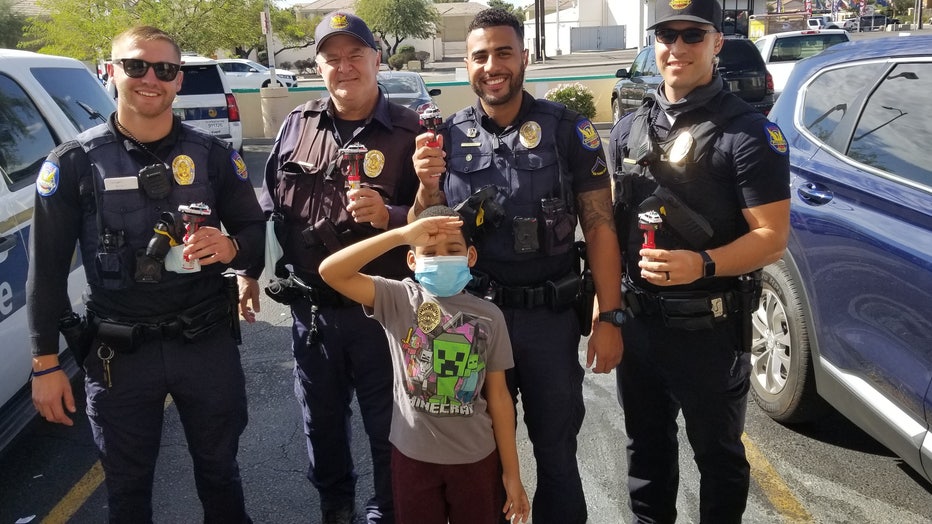