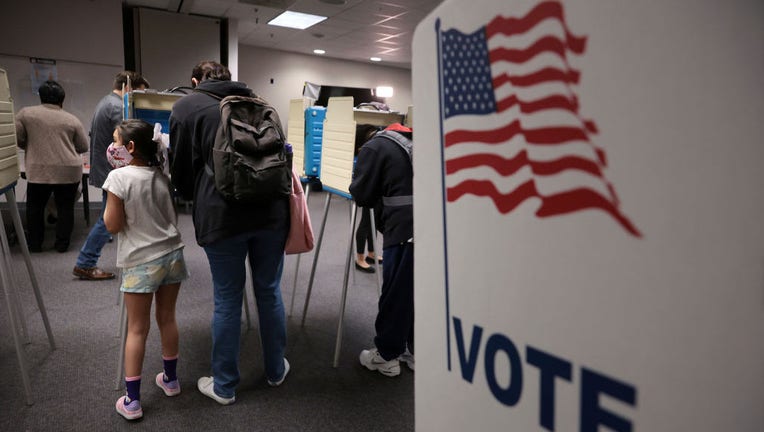 WASHINGTON - A bill introduced this week in the House of Representatives would require eligible U.S. citizens to vote in general elections or potentially face a financial penalty.

The Civic Duty to Vote Act, written by Rep. John Larson, D-Conn., was introduced on Monday. It would require an "eligible citizen" to appear to vote in each regularly scheduled general election for federal office and for other purposes.

To be eligible, a person has to be registered to vote in the state they reside in for an upcoming election.

If a person fails to do so, there would be a $20 civil penalty. But the bill’s text allows "valid and sufficient" reasons for not appearing, which include those not registered to vote "after a good faith attempt" to do so.

Other reasons that would save them from the penalty include the inability to appear to vote due to an emergency, someone with sincerely held religious or personal beliefs, as well as if they are simply unaware of their eligibility to vote.

The bill states that a waiver would be available for citizens who cannot afford to pay the $20 penalty and instead commits them to perform an hour of community service.

If someone doesn’t pay the $20 fine, the bill’s text adds that they would not be subject "to any additional civil or criminal penalties or any denial of government benefits." Law enforcement agencies would also not be allowed to use any information provided by the person related to this act, such as their reason for not appearing to vote, in any further criminal investigations, according to the bill.

What sets the 2022 Midterm Elections apart

Larson, who has served as a representative for Connecticut’s first district since 1999, previously served on the Task Force on Election Reform — which was created "to develop reforms to take big money out of politics and address flaws in the electoral system," according to his website.

Larson shared a post on Facebook this week about his work on the bill, saying it would increase voter turnout and engagement.

"Democracy only works if The People exercise the civic duty to vote," the post stated in part.

The post garnered a mix of responses, including one commenter who replied: "If people want to vote they can vote. If they don’t want to vote, we live in a country where they are free to do that."

The bill’s introduction comes amid a wave of election initiatives. Many Republican-led states have tightened access to the ballot in the name of election security by passing new voting laws, many of which were inspired by former President Donald Trump’s false claims of a stolen 2020 election.

Voting legislation that Democrats and civil rights groups argue is vital for protecting democracy has been blocked by a Republican filibuster.

Meanwhile, Democrats and voting rights advocates have said such laws make it more difficult for Black Americans and others to vote by consolidating polling locations, requiring certain types of identification, and ordering other changes.

Democratic lawmakers have written their own voting rights legislation which would make Election Day a national holiday, ensure access to early voting and mail-in ballots, and enable the Justice Department to intervene in states with a history of voter interference, among other changes. The legislation has stalled in Congress.