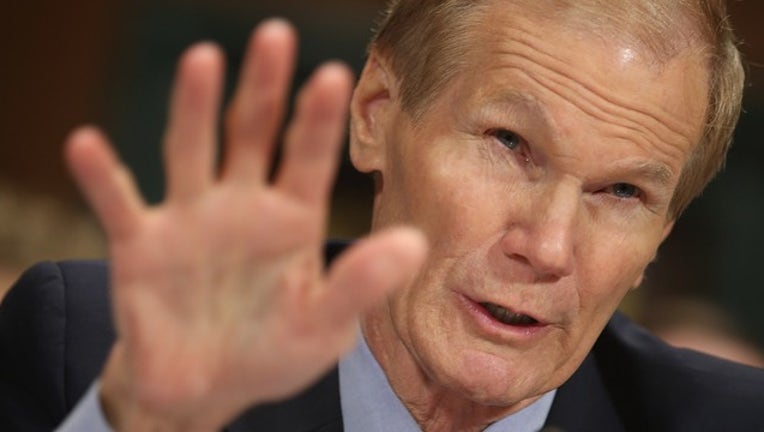 His concession came on Sunday afternoon, as the Florida recount ended with Scott ahead by more than 10,000 votes.

Bill Nelson issued the following statement on the final results.

“Well, things worked out a little differently than Grace and I had hoped. But let me say, I by no measure feel defeated. And that’s because I have had the privilege of serving the people of Florida and our country for most of my life. And I don’t think anyone could have been as blessed. It has been a rewarding journey as well as a very humbling experience. I was not victorious in this race but I still wish to strongly re-affirm the cause for which we fought: A public office is a public trust. First, I want to say thanks to all of you who rallied to our cause, you walked the precincts, knocked on the doors, made phone calls, and contributed your time and your resources. And with an optimistic heart, I wish to say something else: We may have been heavily outspent in this campaign, but we were never outworked. To all Floridians, whether you voted for me, or for my opponent, or you didn't vote at all, I ask that you to never give up this fight. You must fight to protect the fundamental right to health care and against any attempt to rollback our progress on things like pre-existing conditions. You must fight to preserve the natural wonders of this state, from the Everglades to the Pine Forests to the beaches and offshore waters. Say ‘no’ to drilling - not one rig off our coastline. As a country, we need to continue to launch rockets and explore the heavens. I have seen the blue brilliance of the earth from the edge of the heavens.  And I will fight on to save this planet, our homes and our cities, from the spreading plague of the greenhouse gases that infect our atmosphere, and play havoc with our weather, and risks the planet our children and grandchildren will inherit. Every single one of us needs to keep fighting to strengthen Social Security and Medicare, for the generations that are there and to come.  It’s your Medicare, it’s your Social Security; you pay into those programs. They belong to you, and not to the politicians who are plotting to rob your retirement. I will continue to fight on and on for the inalienable human rights that are the soul and glory of the American experiment: civil rights, women’s rights, LGBT rights, and the sacred right to vote. We must end all forms of voter suppression, make it easier for Americans to vote, and honor the ideal that we are governed by the majority and not by the minority rule. There are great decisions ahead that will shape the course and character of America in the 21st century. And yes, I will continue to fight hard for what’s right, and I will also encourage others to seek common ground with their colleagues on the other side of the aisle. Inevitably, at times, that effort will fall short. But we have to try. We have to move beyond a politics that aims not just to defeat but to destroy; where truth is treated as disposable, where falsehoods abound, and the free press is assaulted as the ‘enemy of the people.’ There’s been a gathering darkness in our politics in recent years. My hope today can be found in the words of John F. Kennedy, who said civility can guide us through that darkness to a safe and sane future. Thank you, all. God bless you, and God bless our country.”

Watch his concession below