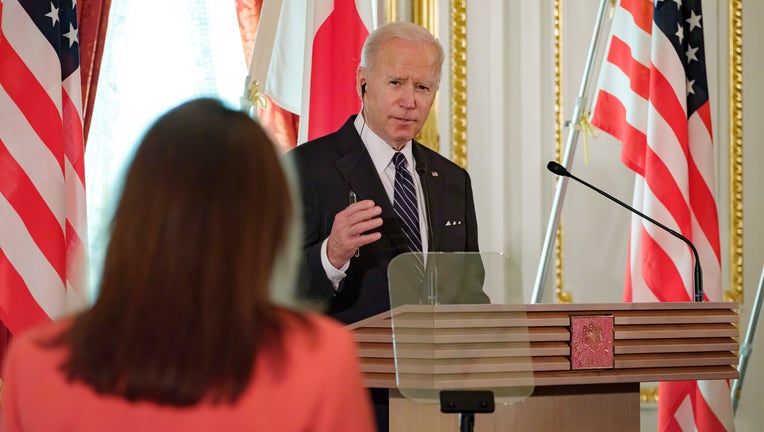 TOKYO (AP) — President Joe Biden sought Monday to calm concerns about recent cases of monkeypox that have been identified in Europe and the United States, saying he did not see the need to institute strict quarantine measures.

Speaking in Tokyo a day after he said the virus was something "to be concerned about," Biden said, "I just don’t think it rises to the level of the kind of concern that existed with COVID-19."

RELATED: Monkeypox in Florida: Symptoms to watch for

Monkeypox is rarely identified outside of Africa. But as of Friday, there were 80 confirmed cases worldwide, including at least two in the United States, and another 50 suspected ones. On Sunday, one presumptive case of monkeypox also was being investigated in Broward County in South Florida, which state health officials said appeared to be related to international travel.

Although the disease belongs to the same virus family as smallpox, its symptoms are milder.

People usually recover within two to four weeks without needing to be hospitalized, but the disease occasionally is deadly.

Biden said the smallpox vaccine works for monkeypox. Asked whether the U.S. has enough stockpile of that vaccine to handle the monkeypox spread, Biden said, "I think we do have enough to deal with the likelihood of a problem."