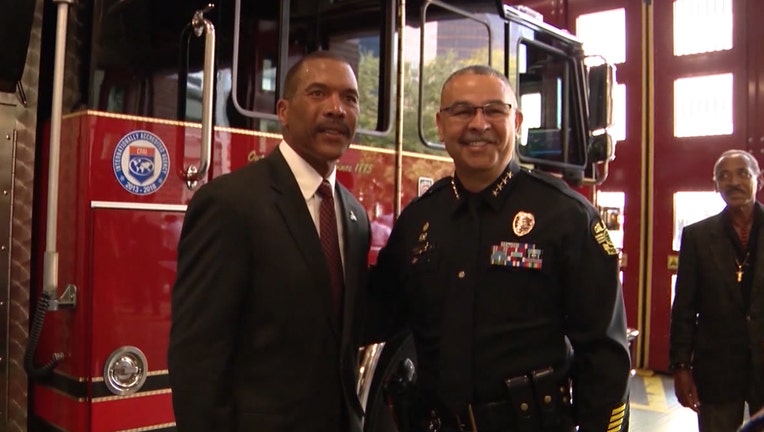 Benjamin M. Barksdale Jr, was officially sworn in on Monday as the Chief of the Orlando Fire Department.

In a time-honored tradition, the Change of Command Ceremony marked the public transition from one chief to the next.

With 32 years of experience under his belt, the City of Orlando found him in Maryland where he was serving as Chief in Prince George’s County.

Now he calls the City Beautiful home and is busy learning the culture and concerns from employees.

He’s visiting more than 50 fire stations and work locations to get to know all of his staff.

“If you were chief for the day, what is that one thing that you would fix about the Orlando Fire Department?” Barksdale said. “While there have been many different answers, there have been common themes and that’s what I’m listening for.”

Barksdale said thus far, he has heard that change is wanted from the way things have been done in the past.

“There are two things firefighters hate: change and the way things are,” Barksdale said.

He said he will continue to gather assessments while visiting each station at each shift before implementing any change.

But added that he has a plan for tackling the biggest challenge in the department.

He said as the need in Orlando grows, he hopes to create more opportunities for diversity with the addition of two or three more fire stations over the next year.

Adding that he wants to continue building on the 134 foundations of OFD by having a department that is diverse and inclusive.