Batkid saves the day after The Joker kidnapped the Orlando Magic’s mascot, Stuff!

The young superhero stopped the villain with help of Batman and the Batmobile.

Batkid has allowed us to reveal his identity. His name is Masai Wheeler.  His dad tell us he is a miracle. 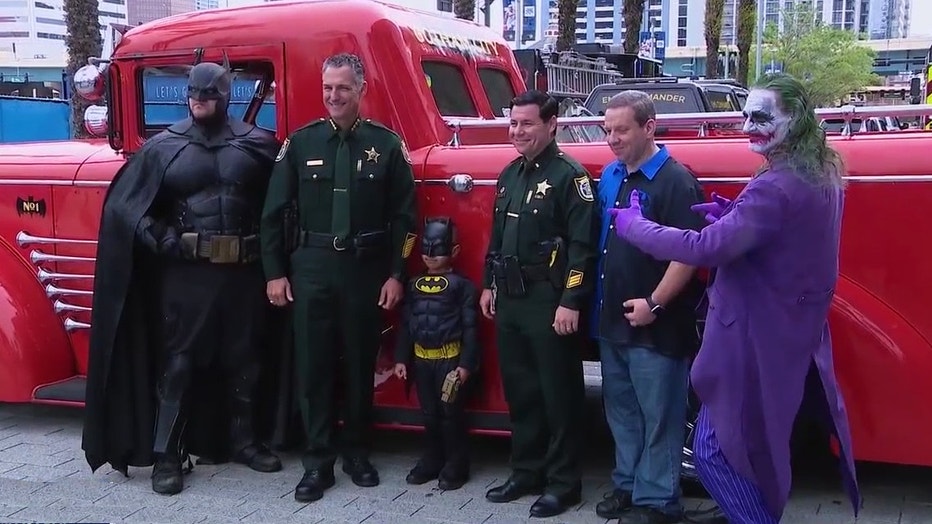 "I wanna cry, but I’m holding it back," said Lance Wheeler, Masai's dad.

Masai, who just celebrated his sixth birthday this week, was born with a serious heart condition.

Give Kids The World Village, The Axel Foundation, and The Camaraderie Foundation teamed up with Orlando Police and Fire, and Seminole and Orange County Sheriff’s Offices to make the production a reality.