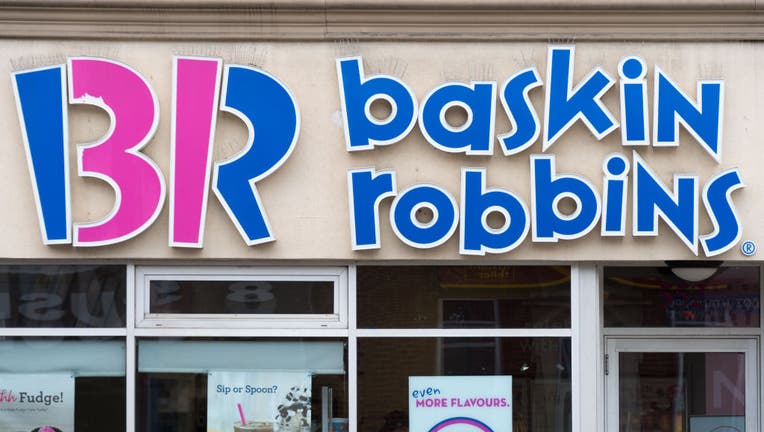 Baskin-Robbins this week announced a new rebrand of its ice cream company, including a new logo, packaging, employee uniforms and even limited-edition clothes, bicycles and skateboards.

The 77-year-old company, based in Canton, Massachusetts, is also unveiling three new ice cream flavors as well as an updated tagline, "Seize the Yay," in an effort to inspire customers to appreciate "every moment, no matter how big or small."

"Our new look and manifesto recognize the extraordinary role ice cream has played in our customers’ lives, along with our continued commitment to innovation and creating someone’s next favorite flavor," Jerid Grandinetti, Baskin-Robbins’ vice president of marketing and culinary, said in a statement.

"Small moments that spark joy often get taken for granted," Grandinetti continued. "We're encouraging people to pause and celebrate any moment that brings happiness with Baskin-Robbins."

Baskin-Robbins said its first-ever line of branded merchandise will be available starting on April 18, which includes bicycles, skateboards, clothing and other items that encourage "yay seizing moments." The merchandise will be listed on ShopBaskinRobbins.com.

Ice cream for breakfast: How a blizzard inspired a beloved holiday

The company also enlisted its confectionary experts to develop three new flavors for the rebranding:

Baskin-Robbins, which was founded by ice cream enthusiasts and brothers-in-law Burton Baskin and Irvine Robbins, now has more than 1,400 unique ice cream flavors in its library, the company said.

The company’s first ice cream parlor opened in 1945 in Glendale, California, and soon expanded across Southern California over the next several years. Also in the 1940s, the Baskin and Robbins duo purchased a dairy production facility, allowing the company to experiment with new ingredients and flavors, according to a company history.

Baskin-Robbins has since expanded to nearly 7,700 locations across 52 countries. In 2020, it was acquired by Inspire Brands in an $11.3 billion deal, which also included the purchase of Dunkin’ and brought the restaurant chains under the same umbrella as Arby’s, Buffalo Wild Wings, Jimmy John’s and Sonic Drive-In.