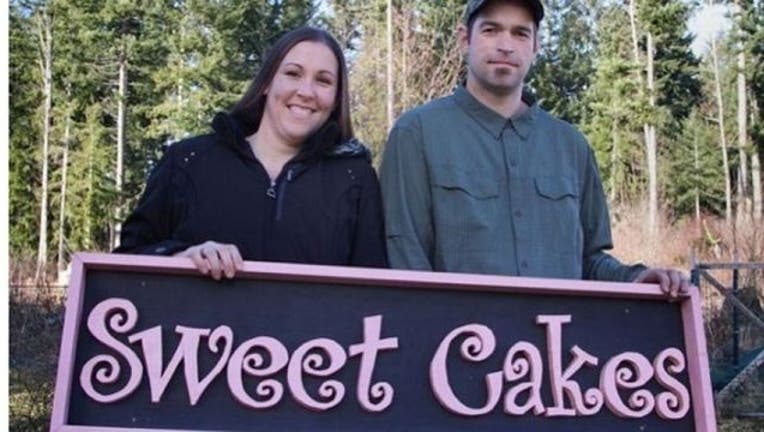 PORTLAND, Ore. (AP) - Oregon bakery owners who denied service to a same-sex couple have paid $135,000 in state-ordered damages — after refusing to do so for nearly six months.

The Bureau of Labor and Industries says Aaron Klein, co-owner of the Portland-area bakery, dropped off a check Monday for $136,927.07. That includes accrued interest. Klein also paid $7,000 earlier this month.

Damages were awarded in July for emotional suffering caused by Sweet Cakes by Melissa, which two years ago refused to make a wedding cake for Laurel and Rachel Bowman-Cryer. The bakers said their refusal was prompted by religious beliefs.

A 2007 Oregon law protects the rights of gays, lesbians, bisexual and transgender people in employment, housing and public accommodations. The state ruled it also bars private businesses from discriminating against potential customers.

Klein's lawyer Anna Harmon could not be reached for comment.