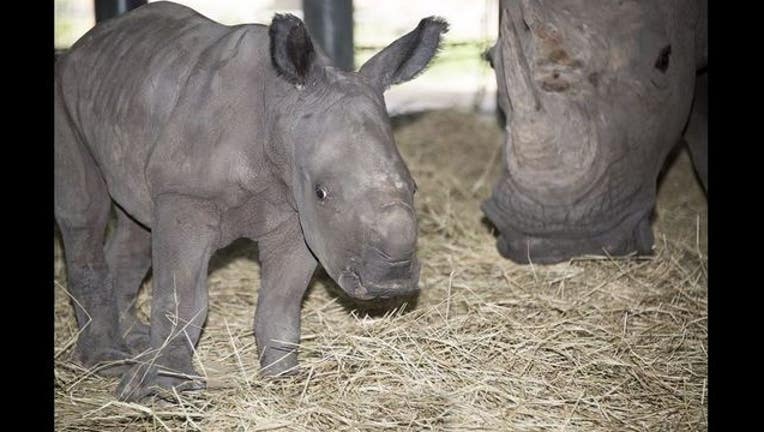 A news release from the zoo says mother Kidogo gave birth to a female calf on Sept. 12, marking the fifth successful southern white rhino birth and the eighth rhino born in the zoo's history. The calf weighed at least 80 pounds at birth and can reach up to 4,500 pounds when she's fully grown.