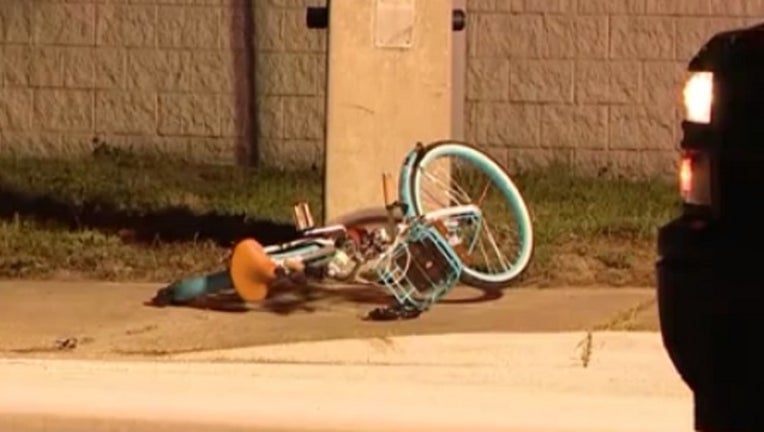 ALTAMONTE SPRINGS, Fla. (FOX 35 ORLANDO) - A car went up onto a sidewalk and hit a family Sunday night.

Two parents are mourning the loss of their baby girl – and still touch-and-go themselves – after the horrific crash in Altamonte Springs.

“It’s a terrible scene. It's a terrible thing for the families and also for all of the officers that responded here tonight and had to see the tragedy,” said Altamonte Springs Police Public Information Officer Evelyn Estevez.

It happened just before 8 p.m. Sunday on Maitland Boulevard near Eden Park Road.

Investigators say a 36-year-old father and 37-year-old mother were riding their bikes with their baby daughter in a trailer behind them when a car jumped the sidewalk and hit them.

That little girl died and her parents were badly hurt.

Police say the baby's father is still in critical condition. They say the girl's mother is also at the hospital, where she had surgery.

Officials say the driver is cooperating and has not been charged.

“The vehicle came up on the sidewalk, so it's not something that had to do with the roadway or right of way or anything like that,” Estevez said.

There’s still no word on what caused the driver to go off the road.

Police say they are releasing little information, saying this is a difficult time for the family as they deal with the death of a little girl and the parents who are still in the hospital.