Lawyers for 51-year-old Cheryl Weimar say she was attacked at Lowell Correctional Institution in Ocala in August. Her neck was broken and she is now a quadriplegic.

ORLANDO, Fla. - Attorneys are releasing new photographs of a Florida inmate they say was nearly beaten to death by guards.

Lawyers for 51-year-old Cheryl Weimar say she was attacked at Lowell Correctional Institution in Ocala in August. Her neck was broken and she is now a quadriplegic.  In one photo, you can see at one point she was shackled to a bed even though she can’t walk.

Weimar is still in the custody of the Florida Department of Corrections (DOC).  Her lawyers tell FOX 35 News that they don’t know where exactly she is.  According to her attorney John Vernaglia, Weimar was at the Florida Women’s Reception Center, a prison facility across from Lowell.   Her lawyers have asked a judge to move her to a better-equipped hospital for round the clock care. 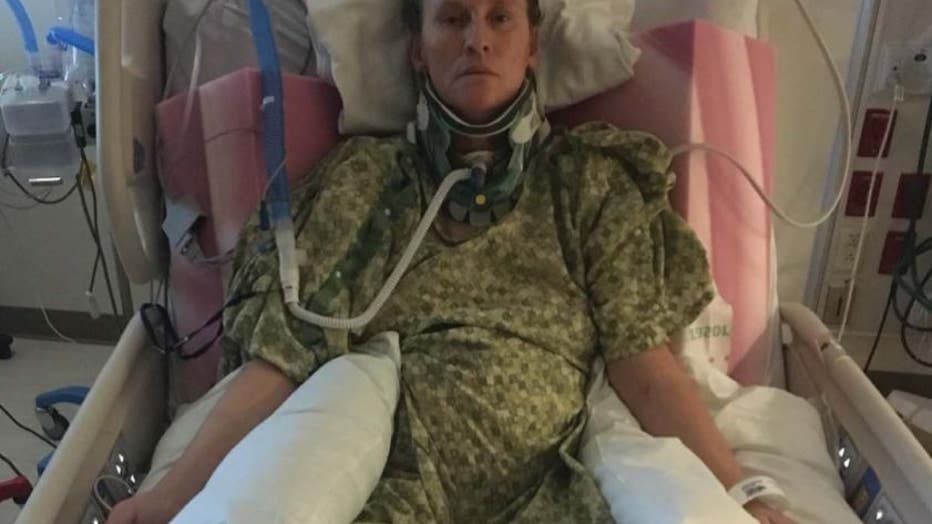 Vernaglia says their team just found out DOC officials have moved Weimar without notice.  He says they don’t know where she is and they can’t get in touch with her.

It’s the latest development in the legal battle that’s been underway for months.  No guards have been charged or fired in connection to Weimar’s injuries. The Florida Department of Law Enforcement says it’s still investigating.  Former Lt. Keith Turner, who is named in Weimar’s lawsuit, was recently arrested on child molestation charges.

The Florida Department of Corrections has not responded to our inquiry regarding Weimar’s transfer.