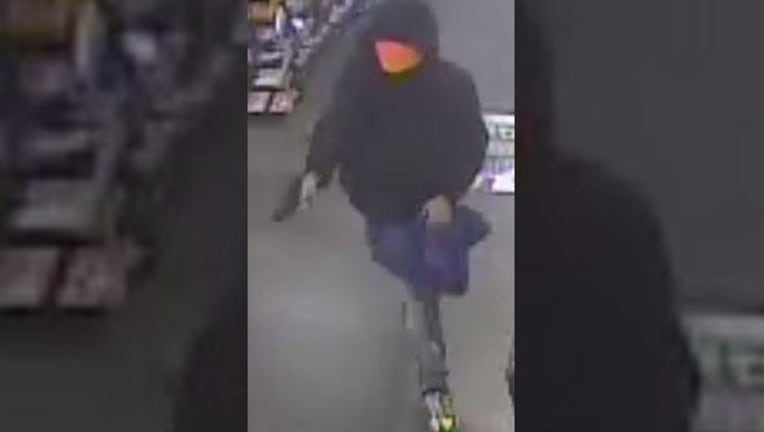 Crimeline says that on December 17th, a masked man entered a Dollar General on Ocoee Apopka Road. The man brandished a firearm and demanded cash from the employees, who complied. The man then fled the scene in a light-colored 4-door sedan.

Crimeline describes the suspect as a possibly light-skinned male, standing at about 6'00" tall and 170 pounds. The suspect wore a dark colored hooded sweatshirt with an orange bandana over his face.

Crimeline is looking to gather information on the suspect involved in this armed commercial robbery. They are offering a reward of up to $1000 for any information that leads to the man's whereabouts.