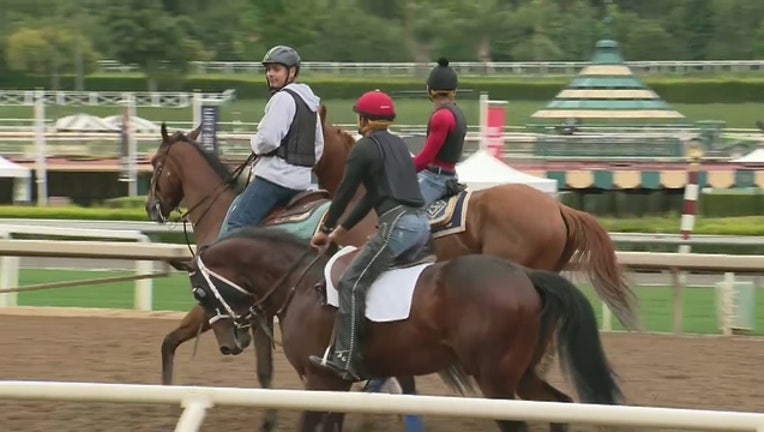 The 2-year-old colt, who had not yet raced, was originally examained at Santa Anita, but the extent of his injuries were not confirmed until he was taken to Chino Valley Equine Hospital, said track spokesman Mike Willman.

Ruben Gomez, who trained River Derby claimed the injury is common in babies. He also said the horse had just arrived to Santa Anita from Florida.

"I am so sad. I ride my horses every day and I get so attached to them," Gomez said.

River Derby's death comes at the heels of another horse death at the track just nine days ago.

Kooches, who was euthanized on May 26, was the third horse to die within nine days last month.

Commander Coil, an unraced 3-year-old gelding suffered a fatal shoulder injury during training on May 18 and Spectacular Music sustained a pelvic injury while running the first race in his career on May 19.

A task force was created to investigate the deaths of the horses the track, it was announced by Los Angeles County District Attorney Jackie Lacey in April.