NIAID Director Fauci said Nov. 19 that the rush to get a COVID-19 vaccine did not compromise its safety. He added that Americans need to double down on public health measures in the meantime.

While promising coronavirus vaccine candidates could aid in bringing the pandemic to its heels, doctors recommended to federal health officials this week that those who eventually receive the long-awaited jab should be wary of the side effects — such as body aches and bad headaches — so they will return for the second dose.

Medical experts made such recommendations to advisers with the Centers for Disease Control and Prevention (CDC) this week during an online meeting.

Dr. Sandra Fryhofer of the American Medical Association said on Monday during the meeting with the Advisory Committee on Immunization Practices, a group of medical experts that advise the CDC, that the side effects “won’t be a walk in the park.”

“We really need to make patients aware that this is not going to be a walk in the park,” Fryhofer said, CNBC reported. “They are going to know they had a vaccine. They are probably not going to feel wonderful. But they’ve got to come back for that second dose.”

Two promising coronavirus vaccine candidates, created by the pharmaceutical giant Pfizer and the biotechnology company Moderna, respectively, both require two doses. Participants from both clinical trials have reported side effects after receiving the vaccine candidate, neither of which have been approved by the U.S. Food and Drug Administration at this time. (That said, Pfizer, which was the first to announce the results of its vaccine, recently applied for emergency approval for its vaccine from FDA.)

Earlier this month, one Pfizer vaccine candidate told Fox News that the side effects of the shot were "were a little more severe than I thought." 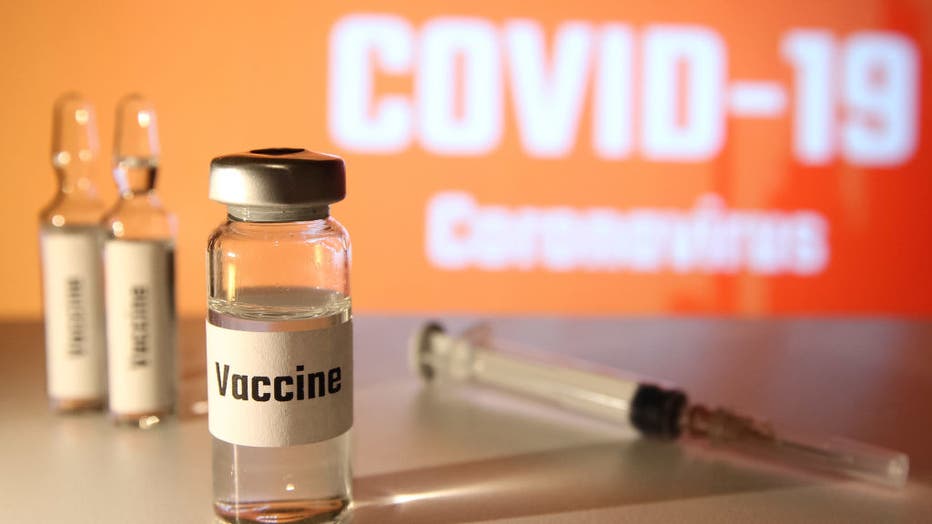 In this photo illustration, vials of fake 'Covid-19 Vaccine' and a syringe seen displayed with a COVID-19 Coronavirus logo in the background. (Photo Illustration by Pavlo Gonchar/SOPA Images/LightRocket via Getty Images)

"I had some side effects," Glenn Deshields, a volunteer from Austin, Texas, told “Fox and Friends” at the time. "Basically, I had a headache and a lot of fatigue, injection site pain ... maybe three to four days.”

“The second one, it was similar but it was much more muted. It wasn't as strong. I think I took some Advil and they basically cleared up,” he said.

As for the Moderna vaccine, CEO Stephane Bancel last week, following news that the company’s candidate was more than 90% effective in late-stage clinical trials, discussed the shot’s side effects during an appearance on Fox Business’ “Mornings with Maria” with host Maria Bartiromo.

"The second dose, you have a bit of side effect locally, a bit of pain, a bit of redness, but it goes away by itself,” he said.

He said the side effects will self-resolve without taking medication.

“It's actually a good thing in my immunologist always reminds me that having a bit of immune reaction is a good signal that your immune system is working because the vaccine is being activated,” Bancel said at the time.

Meanwhile, during the online meeting with the Advisory Committee on Immunization Practices, Patsy Stinchfield, a nurse practitioner at Children’s Minnesota, suggested that public health officials change the language used when warning the public about side effects. She recommended using the word “response” rather than “adverse reaction,” per CNBC.

“These are immune responses,” said Stinchfield. “And so if you feel something after vaccination, you should expect to feel that. When you do, it’s normal to have some arm soreness or fatigue, some body aches and maybe even a fever. It sounds like in some of these trials, maybe even having to stay home from work.”

Fox News' Kayla Rivas contributed to this report. Get updates on this story from foxnews.com.