Dozens of classic motorcycles up for auction

Classic and exotic vehicles, rare British motorcycles and more are up for auction at VanDerBrink Auctions LLC.

Jim Hultman loved classic motorcycles so much, he kept one in the living room.

The dozens of others he owned lived upstairs from his storage garage in Alexandria, Minnesota.

The power company employee passed away earlier this year, leaving behind an amazing collection of bikes and sports cars that are being auctioned under the supervision of his best friend, Bob Thomas.

Thomas told Fox News Digital that the two met about 50 years ago when he moved to the area and became fast friends over their shared love of old motorcycles.

Thomas was more into American Harleys and Indians, while Hultman preferred British bikes. He said they traveled all over the area buying them, and each had over 100 at one point.

"When he was a kid his dad wouldn’t let him have a motorcycle," Thomas said. "So when he could buy them for himself, just wow." 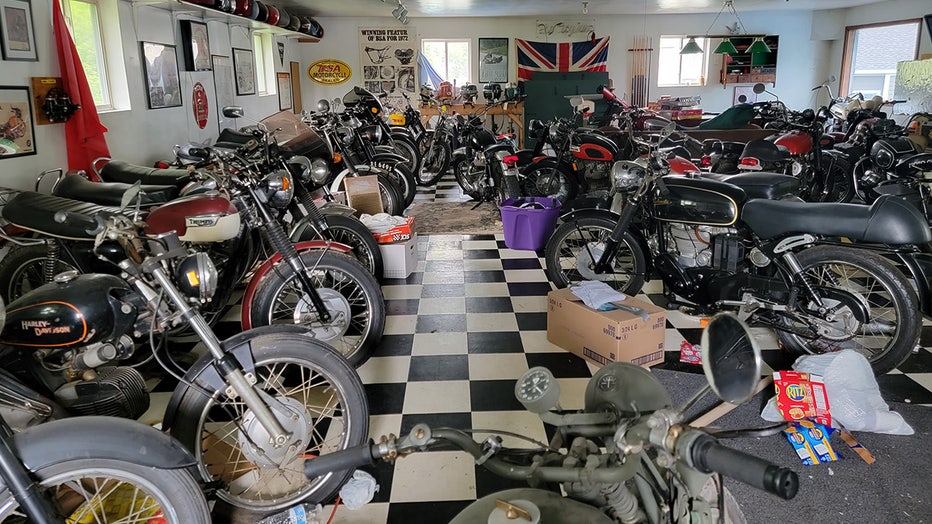 They each started selling them off some years ago, but Hultman still had over 50 at the time of his death.

There are Triumphs, BSAs and Royal Enfields from the 1950s and later, along with a few American and Italian machines.

One was his favorite though, the 1957 Ariel Square Four holding a place of honor parked next to his TV. 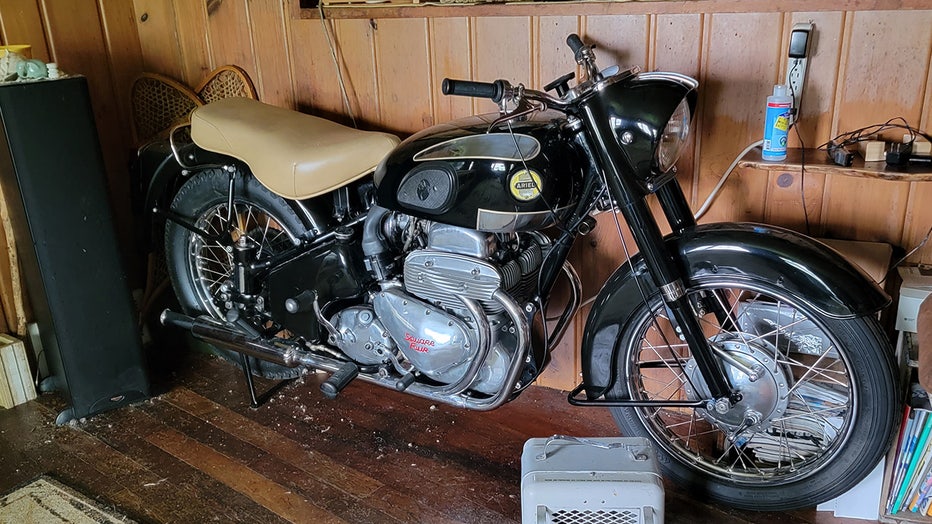 Hultman kept a 1957 Ariel Square Four in his living room next to the TV. (VanDerBrink Auctions LLC )

Thomas also has one by his TV, and it has an unusual history. The 1965 Harley-Davidson Panhead was originally a Kansas City police motorcycle that was stolen from the force and recovered. Department policy was to not put any vehicles that were stolen back in service, however, so the police sold it.

HERE'S HOW MUCH TIM ALLEN'S OLD CUSTOM CADILLAC IS WORTH

Thomas bought it about 25 years ago from the owner, who he said was told he only had six months to live and was selling all his collectibles to build a nest egg for his family.

Bids are only being accepted online through VanDerBrink Auctions, but there is an open house scheduled for September 4. The hammers come down on the winners September 20.