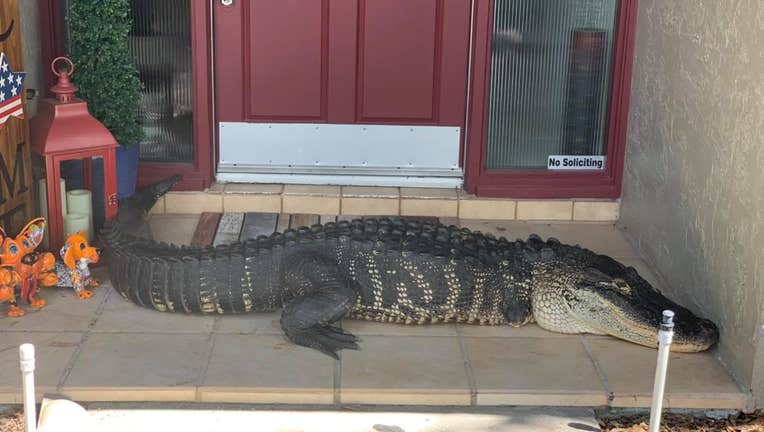 TAMPA, Fla. - A large alligator that was missing two limbs was removed from the porch of a home in Tampa on Tuesday.

Croc Encounters Reptile Park and Wildlife Center posted photos to Facebook of the 8-foot, 9-inch gator that was found by residents.

"The residents said they found the alligator early this morning and despite their efforts to get him to move, he refused to leave," Croc Encounters wrote. "He was not too happy to be evicted from his comfortable, shady spot as he smashed everything in sight upon exiting." 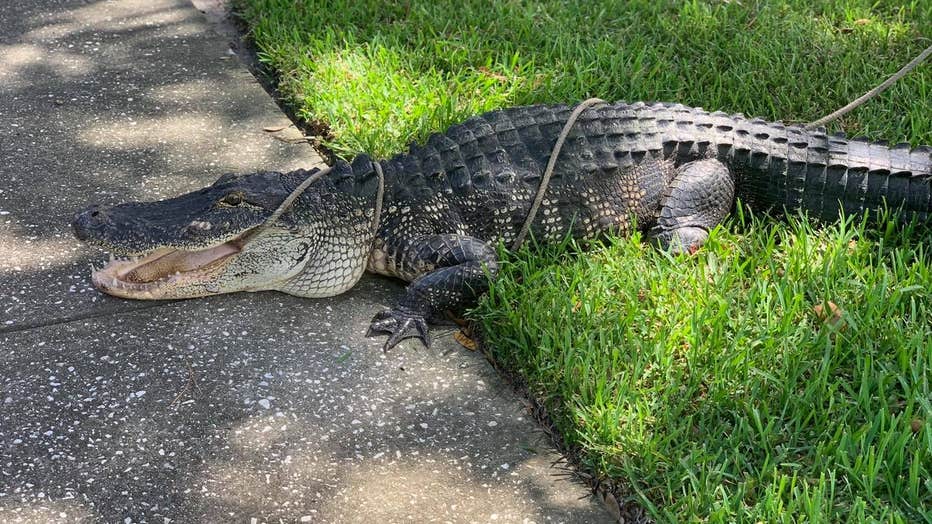 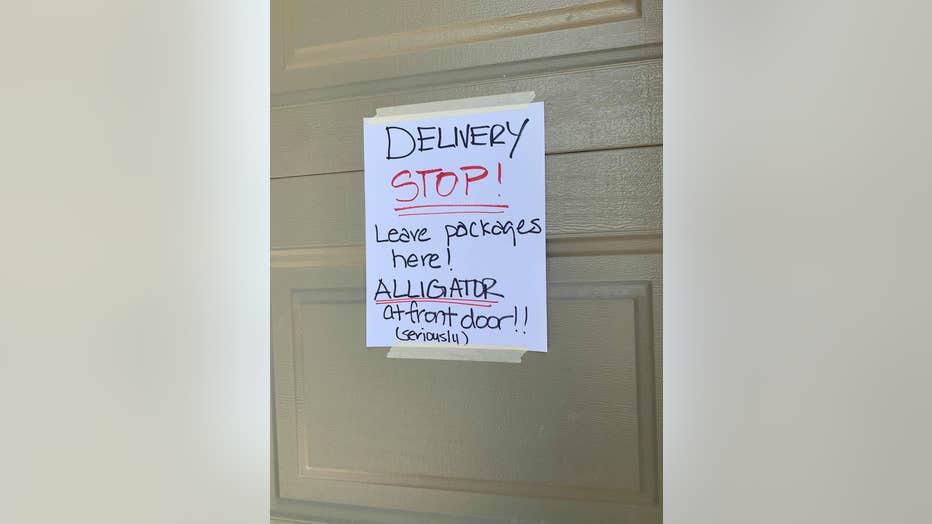 The gator was reportedly missing two limbs "probably as a result of getting in a fight with another alligator, but that did not stop him from getting around."

As the big guy drew quite a crowd, a resident posted a sign to warn delivery drivers.

Croc Encounters says the alligator now has a new home at their facility.

It is currently alligator mating season in Florida, which means more gators are out and about looking for love. According to state wildlife officials, it typically begins in May or June with courtship beginning in early April.

By late June or early July, female gators will lay between 32 to 46 eggs. Baby gators will be born in late August or early September, according to the Florida Fish and Wildlife Conservation Commission. With the warmer Florida temperatures, it means there will be more alligator sightings.