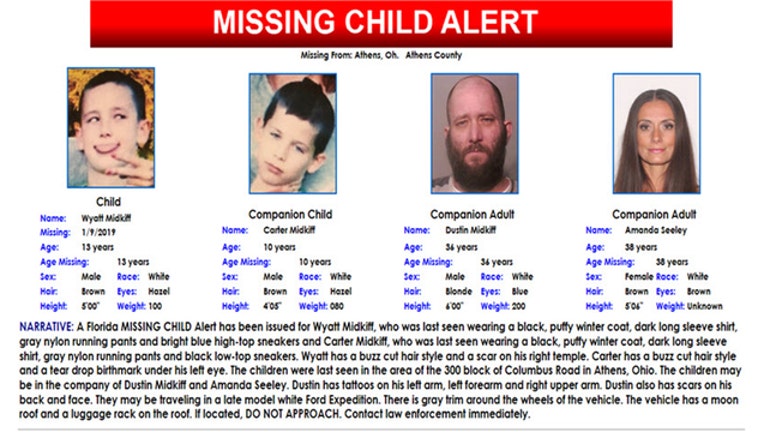 ATHENS, Ohio (FOX 13) - A Florida Missing Child Alert for two Ohio children who may have been headed to Valrico, Florida has been canceled.

FDLE said the case involving 13-year-old Wyatt Midkiff and 10-year-old Carter Midkiff has been resolved by the Athens, Ohio Police Department.. No further details were given.

The pair was believed to be traveling with a woman and man, Dustin Midkiff, 36 and Amanda Seeley, 38, in a white, late model Ford Expedition.

The children were last seen in the area of the 300 block of Columbus Road in Athens, Ohio.