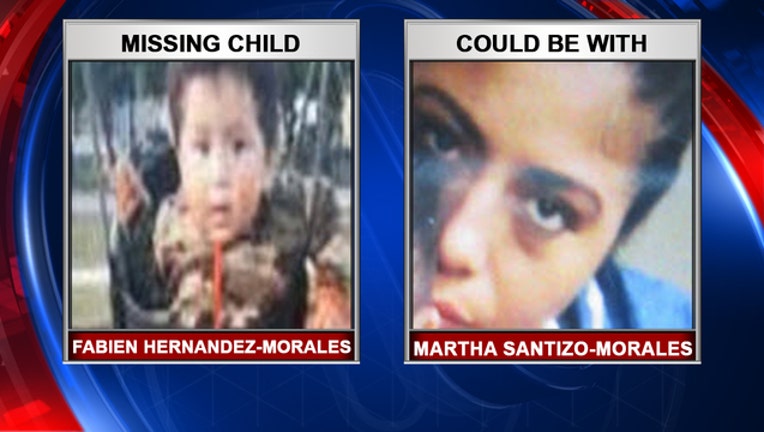 GIBSONTON (FOX 13) - A Florida Missing Child Alert for an 11-month-old child from Wimauma has now been canceled.

Earlier, authorities were looking for Fabian Hernandez-Morales, whom they said may be with his mother, 26-year-old Martha Morales-Santizo, who had threatened to harm herself and her son after a dispute with the child’s father.

As of 2 p.m., the alert had been canceled and the case was "resolved," FDLE said, explaining that the child had been found safe and Morales-Santizo was arrested.  The baby was being handed over to family members.

No other details were immediately available.