TAMPA, Fla. - WWE announced Wednesday that tickets for WrestleMania 37, which will be held next month, will go on sale Friday, March 19.

The tickets were initially scheduled to go on sale Tuesday morning, but WWE officials said plans were still being finalized.

Now, tickets will be available to the general public at 10 a.m. on Ticketmaster.com. Prices range from $35 to $2,500. A presale will begin Thursday, March 18 at 10 a.m. Fans can register at www.wrestlemania.com/presale.

WWE told FOX 13 there will be 25,000 fans allowed in the stadium each night. There will be seating pods and masks must be worn. Temperature checks and health screenings will be conducted upon entry.

The two-night event is scheduled for Saturday, April 10 and Sunday, April 11 at Raymond James Stadium. WWE has yet to announce how many tickets will be available.

PREVIOUS: WrestleMania 37 will be in Tampa as a two-night event in April, WWE says 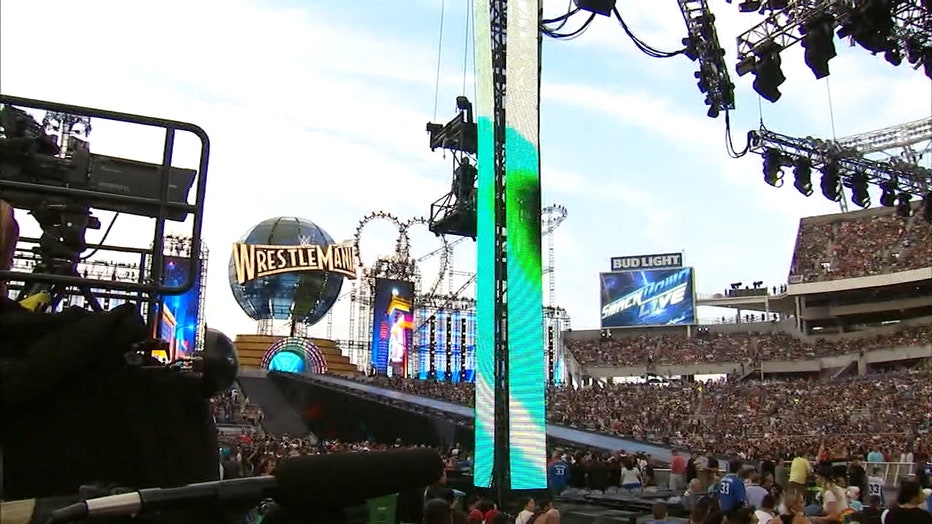 RayJay was at around 37% capacity during the Super Bowl, with just under 25,000 fans in attendance.

WrestleMania 37 was initially set for March 28 at SoFi Stadium in Inglewood, California. WrestleMania 36 was supposed to be Tampa’s chance at hosting the WWE major event, but the pandemic forced WWE to cancel and move it to its performance center in Orlando with no fans.